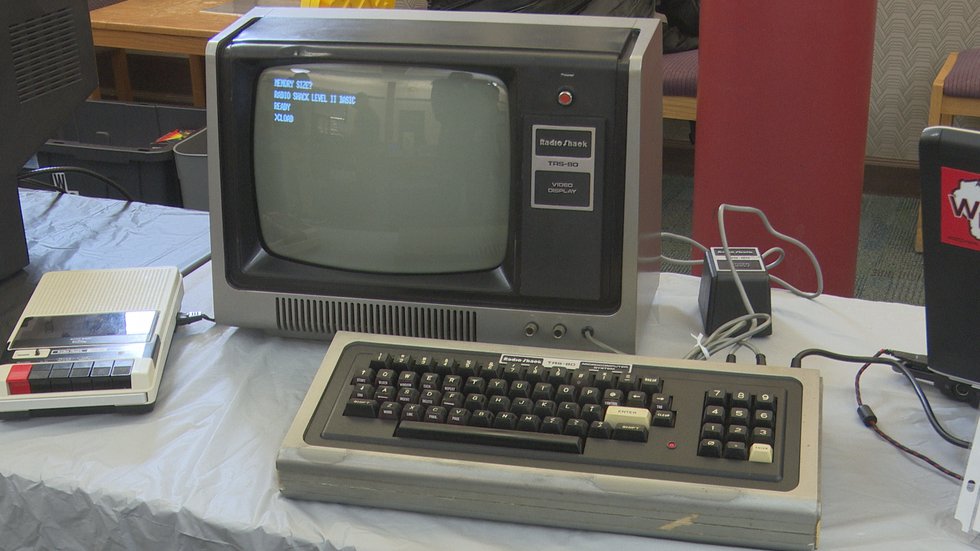 “The goal is basically to help our club members show off their favorite pieces or show off their products they’re working on or just share fun things with the community,” said Alexander Macomber, Club Founder and President. Wisconsin Computer.

The president and founder of the Wisconsin Computer Club said a lot of the electronics they display have been used.

“We have a lot of gear here that’s salvaged or saved, otherwise memorable and fun things that we want to take away and bring back to the community,” Macomber said.

Many computers and consoles were over 30 years old.

“The line of computers that we have here, we’re starting out in the early to mid-70s genre. We have a couple of pong consoles here, which are very old. We have some 80s TRS stuff that is some of the earliest personal computers,” Macomber said.

There were also appliances from the 80s.

“Some of the die-hard computers of the 80s, your Commidor 64′, the Apple 2, those legendary big names,” Macomber said.

“There are a lot of things, batteries are a constant problem, capacitors will fail, chips will fail, so it’s a constant struggle. Similar to taking care of a classic car,” Macomber said.

Although it can be difficult to maintain the computers, Macomber said it’s part of the process.

“But that’s part of the joy of it. That’s what we find a lot of fun. It’s really half the hobby, maintaining the equipment,” Macomber said.

The Wisconsin Computer Club holds open houses four times a year. The next event will take place on June 11 at District 1 Brewing.