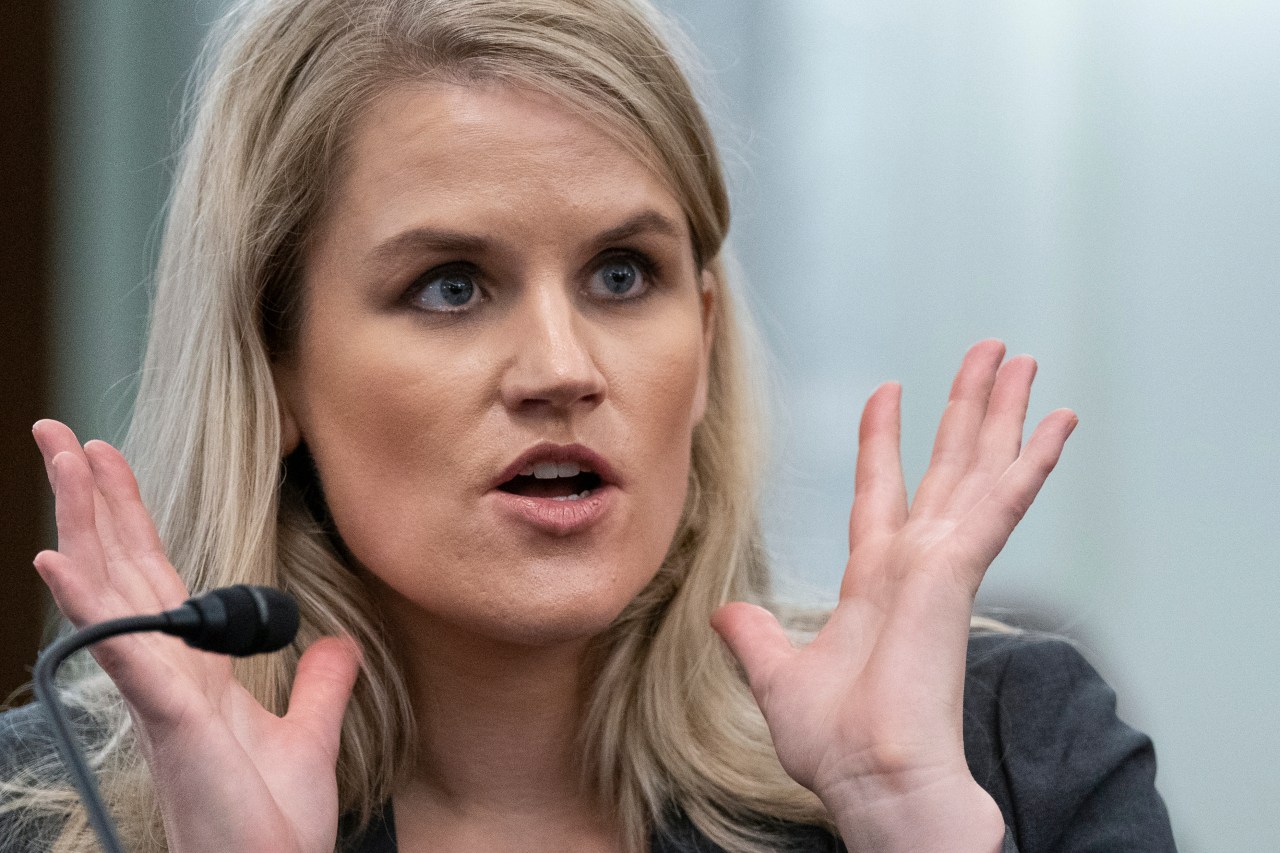 Haugen is expected to appear before a parliamentary committee to review the UK government’s bill to crack down on harmful online content, and his comments could help lawmakers tighten the new rules. She testifies on the same day that Facebook is expected to publish its latest results.

This will be her second appearance before lawmakers after testifying before the U.S. Senate earlier this month about the danger she says the company poses, ranging from harming children to inciting political violence and disinformation. Haugen cited internal research documents that she secretly copied before quitting her job in Facebook’s civic integrity unit.

She told U.S. lawmakers she believes a federal regulator is needed to oversee digital giants like Facebook, something UK and EU officials are already working on.

The UK government’s online security bill calls for a regulatory body to be put in place that would hold companies accountable for removing harmful or illegal content from their platforms, such as terrorist material or images of crime. child sexual abuse.

“It’s a pretty important moment,” said Damian Collins, the lawmaker who chairs the committee, ahead of the hearing. “It’s a moment, much like Cambridge Analytica, but maybe bigger in that I think it provides a real window into the souls of these companies.”

Collins was referring to the 2018 debacle involving data mining company Cambridge Analytica, which gathered details of as many as 87 million Facebook users without their permission.

Haugen is also due to meet with European Union officials in Brussels next month, where the bloc’s executive board is updating its digital regulations to better protect internet users by holding online businesses more accountable for illegal or dangerous content.

Under UK rules, which are expected to come into effect next year, the Silicon Valley giants face a penalty of up to 10% of their global revenues for any breach. The EU is proposing a similar sanction.

The UK committee hopes to learn more from Haugen about the data collected by tech companies. Collins said the internal files Haugen handed over to U.S. authorities are important because they show the type of information held by Facebook – and what regulators should ask for when investigating those companies.

The committee has already heard from another Facebook whistleblower, Sophie Zhang, who sounded the alarm after finding evidence of political manipulation online in countries like Honduras and Azerbaijan before her dismissal.