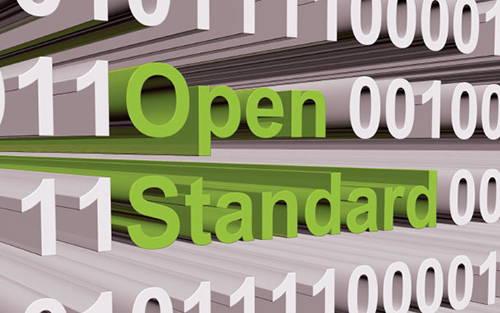 For those who haven’t looked at SoftPLC solutions in the past few years, they are worth revisiting. This feature was originally published in the February 2022 issue of InTech magazine.


There are misconceptions about what SoftPLCs can and cannot do.

A SoftPLC is a software version of a programmable logic controller (PLC). The term SoftPLC has been around for many years, and like many technical terms, it means different things to different people.

For many years, the control system market has seen the proliferation of a variety of programming languages ​​and development environments, different for each manufacturer. IEC 61131, the international standard for programmable logic controllers, was first published in 1992 (as IEC 1131). IEC 61131 standardizes programmable logic controller technology and covers equipment requirements, programming languages, guidelines for use, communications and functional safety.

The IEC 61131-3 standard defines a series of functions and data types that must be supported by all compliant programmable logic controllers. Functions are the basic building blocks of all programs and include arithmetic operations (eg, addition, subtraction), Boolean logic (eg, AND, OR, NOT), and programming structures such as loops, comparisons and decisions.

One of the results of the adoption of IEC 61131 was the recognition that the software and hardware elements of programmable logic controllers could be considered separately. This in turn created the SoftPLC concept.

A SoftPLC combines the functions of conventional PLCs with those of data loggers, communication gateways and other elements such as human-machine interfaces (HMI) and web servers. In the early days of SoftPLCs, it was common to use industrial computer hardware as the platform. This approach is one reason why there are many misconceptions about what SoftPLCs can and cannot do, including:

However, there are many variations of PC hardware and operating systems that can make up a SoftPLC platform. Real-time operating systems such as RTLinux, QNX, RTAI, Intime, FreeRTOS, and VXWorks provide the fault-tolerant, deterministic behavior expected in a conventional PLC.

Many PLCs that users think of as conventional are actually built on SoftPLC technology. The primary business model for SoftPLCs relies on original equipment manufacturers (OEMs) porting the SoftPLC runtime to their platforms and integrating it seamlessly into their configuration and monitoring ecosystems. wider.

Although there are some misconceptions, there are many other potential benefits of SoftPLC technology, some related to the OEM and some to the end user:

Safety and security will always be top concerns for any automation system component. As stated earlier, misconceptions regarding the security and safety of SoftPLC are mainly the result of early systems running on non-deterministic operating systems. It is possible to develop a resilient, secure, and safe solution using SoftPLC technology, and many OEMs have done so. When the OEM has all the source code, everything is under their control.

An advantage of SoftPLC solutions is that hardware and operating system choices can be made independently, depending on safety and security requirements.

Some SoftPLC solutions have even developed runtimes that OEMs can integrate into systems targeted for IEC 61508 certification. develop the runtime itself using approved methods.

For those who haven’t looked at SoftPLC solutions in the past few years, it’s worth revisiting. Much has changed in the 30 years since the inception of IEC 61131-3, and many popular “conventional” PLCs run on SoftPLC technology. As with any solution choice, requirements should guide the response, but SoftPLC-based approaches should be included in any consideration.

This feature was originally published in the February 2022 issue of InTech magazine.

Pascal Girerd is a business developer at Straton Automation, which provides a software-based API with many benefits for industries such as utilities and embedded automation.


Did you enjoy this great article?

Check out our free e-newsletters to read other great articles.

Users should be allowed to sue US tech giants under EU rules, civil groups say