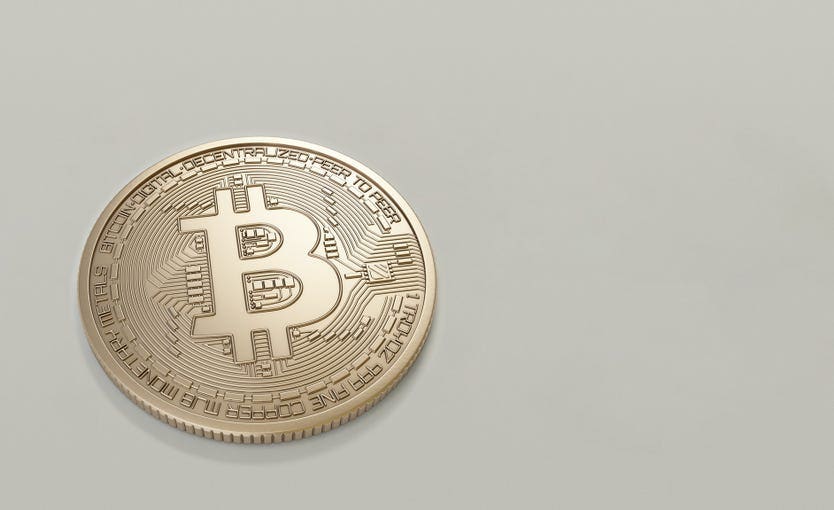 What is bitcoin? – Advisor Forbes Australia

We hear a lot about Bitcoin in the news. But what exactly is it, how does it work and what impact will it have in the rest of the world? Here’s everything you need to know

Invented in 2009, Bitcoin is the oldest and best-known cryptocurrency in the world. Like its various crypto counterparts, it is also extremely volatile. While many Australian investors are drawn to its wealth-generating potential, it is rarely a smooth or even successful path to wealth creation.

Cryptocurrencies are also a breeding ground for scammers, and a number of Australians have lost tens of thousands of dollars to crypto scams.

People once traded physical assets such as gold and silver for goods and services. But these were difficult to transport and vulnerable to theft and loss, so the banks offered to keep them for us, issuing notes that proved the wealth we had in the bank.

Eventually, the connection between these notes and the goods they represented was severed. Instead, governments declared the tickets themselves valuable.

We trust banks to honor the value of our currency so that we can accept cash as payment and others will accept it from us.

A cryptocurrency is essentially a digital version of money that exists outside the established framework of national governments and central and private banks. It allows two people to trade it or buy and sell with it without Westpac or NAB needing to facilitate payment.

In other words, each party to the transaction is convinced that the asset being traded has intrinsic value.

How do bitcoin payments work?

Making a bitcoin payment is as easy as sending an email. You transfer Bitcoins from your digital wallet (obtained when you buy the currency from a crypto exchange) to someone else using an app or website and the person’s unique Bitcoin address.

Payments are processed and verified by a network of ordinary people with computers running specialized software.

The hardware is expensive, extremely powerful, and consumes huge amounts of power. More on that later.

Once a payment is verified, the miner adds a record of the transaction to a shared online ledger. The record includes the sender’s and recipient’s bitcoin addresses and the amount transferred.

Miners do not verify one transaction at a time. Transactions are grouped into “blocks” which have limited space. When a block is ‘full’, a new empty block is created.

Each new block refers to the previous block containing information about older transactions. The blocks form a chain that goes all the way back to the very first Bitcoin transaction.

This public blockchain ledger provides an indelible, definitive, and transparent record of which wallets hold Bitcoin and how much each holds at any given time – with the receipts to prove it.

What is Bitcoin Mining?

A bitcoin miner who adds a block to the chain receives a new bitcoin worth thousands of dollars. It sounds like free money, but the investment required to build and run a machine capable of processing a block is significant and increases over time.

Around 900 Bitcoins are “minted” every day. At today’s prices, their total value is over $18 million. The total Bitcoin supply is limited to 21 million. Once the limit is reached, it will no longer be possible to hit.

Additionally, the reward for mining one Bitcoin halves every four years. At the current trajectory, it is predicted that the last bitcoin will be mined by 2140 unless the current protocols are changed.

How to use Bitcoin?

You can buy it, sell it, and use it to purchase goods and services wherever it is accepted. You don’t have to spend in whole Bitcoins – each can be subdivided (see below).

Many people simply invest in Bitcoin in the hope that its value will increase. Bitcoin reached nearly $69,000 in November 2021, but has since fallen 70% in value. At the time of writing, one bitcoin was valued at around $20,000. The value of the cryptocurrency continues to fluctuate today, with some leading industry figures claiming that Bitcoin’s value could remain well below its peak for the next couple of years.

This type of market volatility has raised the eyebrows of regulators. The Federal Government, through its Moneysmart website, points out that crypto is, in most cases, not considered a financial product and therefore your crypto platform may not be regulated by the corporate regulator, the Australian Securities and Investments Commission (ASIC).

As Moneysmart puts it: “When a cryptocurrency fails, investors will most likely lose all the money they have invested.”

Who can buy Bitcoin?

Anyone can buy Bitcoin from crypto exchanges such as Binance and Coinbase. According to research by Roy Morgan, more than one million Australians aged 18 and over, or 5% of the population, invest in cryptocurrency.

However, unless you have $20,000 reserve in your account to buy a single token, you will be buying a fraction, or a share, of a Bitcoin.

The smaller denominations of Bitcoin are called Satoshis after the pseudonym used by its anonymous inventor(s). One Satoshi is worth 0.00000001 Bitcoin.

As mentioned earlier, Bitcoin and the cryptocurrency market are unregulated. This means there are no rules in place to protect you from losing it all, and no watchdogs to ensure everyone involved is playing fairly.

What do I need to mine Bitcoin?

According to Bitcoin expert and journalist Connor Sephton, miners need three things to be successful: access to cheap electricity, hardware known as application-specific integrated circuits (ASICs), and a mining software that connects them to the Bitcoin network.

The most capable ASICs can cost thousands of pounds to buy and operate, making them prohibitively expensive for the average person.

Is Bitcoin the only cryptocurrency?

There are countless other cryptocurrencies, collectively known as altcoins.

They include well-established altcoins like Ethereum and Litecoin, as well as fledgling altcoins like Elrond and Clover. Each currency has different values ​​and rules, but they all follow the basic precepts of cryptocurrency.

What are the advantages of Bitcoin?

Without a middleman, there is no one to take a share of every transaction. Bitcoin is a global currency that is also easier to cross borders, and as a relatively anonymous currency, it makes transactions truly private.

It is also revered by many proponents of “DeFi” – or decentralized finance – because it does not depend on human guardians or intermediaries.

What are the disadvantages of Bitcoin?

It is unregulated, volatile and cannot be used as widely as traditional currencies.

The amount of energy used around the world to run Bitcoin is also enormous. It has the same carbon footprint as the whole country of Argentina, according to researchers from the University of Oxford in the UK.

This has raised questions about the long-term sustainability of the phenomenon, especially as global economies strive to reduce their greenhouse gas emissions in line with international environmental agreements and associated “green” targets.

This article is not an endorsement of any particular cryptocurrency, broker, or exchange, nor does it constitute a recommendation of cryptocurrency as an investment class.

Related: How to buy bitcoin in 5 minutes