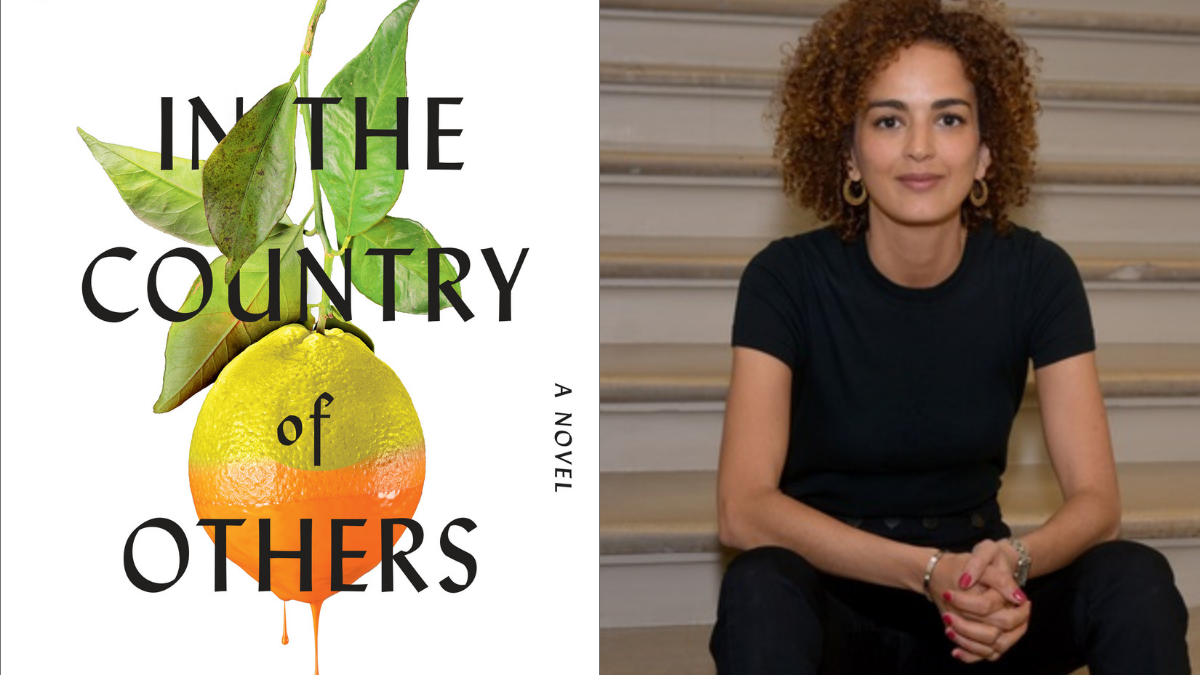 Walk through “The Land of Others”: Code Switch: NPR

Cover of In the land of others and author Leila Slimani.

Cover of In the land of others and author Leila Slimani.

The Code Switch team had so much fun talking about books and freedom this summer that we decided not to stop. So from time to time we will share conversations about books that have helped us understand another dimension of freedom. To come: an interview with Leila Slimani, about her new book, In the land of others.

Leila Slimani is obsessed with the so-called “others”. The Franco-Moroccan author and journalist says she sometimes wants to be like a little mouse, quietly watching how others “live, how they talk, how they fall in love”.

His new novel, In the land of others, follows this impulse: it is a study of how people behave when they are not among their own. The story is set in Morocco in the 1940s and 1950s, during the struggle for independence from France, and it follows a family made up largely of foreigners. Mathilde is a Frenchwoman living in a country where the language, the culture and the landscape are unknown to her; her husband, Amine, is a Moroccan who is trying to readjust to life as a civilian after fighting for France in World War II. Their eldest, Aïcha, is also a little foreign; after an early childhood roaming her family’s sprawling farmhouse, she struggles to fit in with her well-behaved and confident (white) classmates.

The book is a portrait of both a country and a family trying to establish their identity in the midst of immense turmoil. So I spoke to Slimani about how she chose this particular place and time, and why freedom, for many of her characters, is a mixed blessing.

Our conversation has been edited and condensed for clarity.

The characters in In the land of others try to discover their own identity at the same time as the country, Morocco, tries to discover its political and social identity. Why did you want to put these things in one place?

I thought it would be interesting to draw a parallel between a country’s struggle for independence and the fate of women. It is really fascinating and scandalous to see that at that time, men – the nationalists, the bourgeoisie, the elite in Morocco – were fighting for more modernity, more emancipation. And they considered France a hypocritical country, because France always spoke of freedom, equality, fraternity, except when it came to the Arabs.

Cover of Leila Slimani’s new novel, In the land of others

Cover of Leila Slimani’s new novel, In the land of others

And in a way, Moroccans have done the same with women. They fought for independence and for the liberation of France, always forgetting women. And they considered freedom good enough for themselves but not for their daughters, sisters and wives. So I wanted to show the contradiction of Moroccan society at the time.

One of the things we always talk about in my team is the concept of freedom – how people always fight for freedom, but that freedom doesn’t always look like what we expect. And it seems that is the case with the characters in this book – they fight for things and then realize that when they get them, they suddenly face a lot of new constraints. So what were you trying to convey about freedom in this book?

I am obsessed with this question of freedom, and especially with the Cost of freedom. For many women – and especially then, but it is still true today – it was very difficult to choose to be free, because to be free was also to be marginalized, to be an outcast, to be an outcast. pariah. I am very surprised by the readers who tell me: “I do not understand why Mathilde stays with this man who beats her. Why does someone accept their situation? But I want to tell them that at the time you didn’t have much of a choice, because choosing to be divorced or choosing to live without money for a woman who had no education was very hard.

And I think it still is. For example, when I wrote Sex and lies [a non-fiction book about gender roles in Morocco], I interviewed a lot of women. Some of them were single, lived alone and worked. And I said to them, “You must be happy to be a free woman, an independent woman. And a majority of them said, “if I had to do it again, I wouldn’t.” Because this freedom costs too much. The price is too high. And i would prefer belong. I would rather have a place in society than to be free, but alone.

Motherhood is a theme in a lot of your work and the kind of complications it means to be so attached to people, the sacrifices and the love that goes with it. Why is this a topic that interests you?

I have always tried to explore the real lives of women, women who are not heroes, who are not glamorous, who are not ideal women, but real women who spend a lot of time at home, in the kitchen, with children doing mundane activities. I think when I became a mother this was the main inspiration for me as a writer because I understood a lot about alienation of women through my own experience of motherhood. How guilty you can feel. The feeling that you can be a terrible mother, never be good enough. And also the fact that a lot of people want to trick you into this role, that you feel like you have to sacrifice everything for it.

And I’ve always wanted to explore all that goes with domesticity. For a long, long time, writers thought domesticity was uninteresting, worthless. That we must write novels on war, on men, on noble themes. But domestic issues are very political today. It is very important to open the door to the house and find out what is going on behind closed doors. Because the origin of violence, the origin of all domination, begins in the house. Domination towards children, towards women, towards domestic workers. And it’s very important for me to explore that and try to understand the lives of all these women who have spent years and years in the kitchen cooking for the husband and cooking for the children. And I think it’s too sad and too unfair to take these women for nothing – that their lives have no value, that they don’t matter. I think they matter, and that’s why I want to write about them.

You also write a lot about childhood. The girl in this book, Aïcha, is a very serious girl, she is rather spiritual. How did you think you would write it?

I think she was, for me, the most interesting character. I love to write about children. She is a very wild child. First, because she is a child who grew up in nature and far from the city, and she has very little interaction with people other than her mother, her father and the people who live on the farm. So she doesn’t know anything about the world. But she knows a lot about nature, animals, trees. And as a child myself having grown up in nature, on my grandparents’ farm, I know how strong the relationship between a child and nature is. She would talk to trees, she would talk to animals, and she feels that there is something beyond what you see. So I like that in his character.

I also like the fact that she doesn’t understand the tension between her parents. She does not understand what is going on in terms of politics in the city and the country where she lives. But she understands that there is a problem, that there are tensions, that there is a war somewhere. And there is a kind of violence in it. Compulsions she sometimes expresses, like when she pricks a compass in the neck of a little girl in her class. And I like to write that, the idea of ​​the child who is very serious and very wise and who obeys, and at the same time sometimes has this notion of violence.

She’s also sailing as the daughter of a Frenchwoman and a Moroccan, in a town where these two groups don’t usually intersect, and it seems there isn’t always a clear place for her?

I think at first when she gets to school the first thing that shocks her is the fact that she doesn’t even know her legal name. And she is so used to living in nature and spending time alone with her mother that it is very difficult for her to adjust to group life. And then she sees how people look at her, and she realizes that there is something wrong with her look, with her clothes, with her hair, with the color of her skin. And that’s something I wanted to point out in the book, is that racism and discrimination is something very physical, something that you can feel in your flesh. When someone looks at you on the street and you know they are looking at you like that because of your hair or because of your dark skin. I think it’s something that you can really feel physically. Racism is not a concept. It is not abstract. It’s like someone is hitting you. It’s like someone is slapping you in the face. You really feel it.

A museum masterpiece in your living room? Find out how 5G could change our cultural experiences