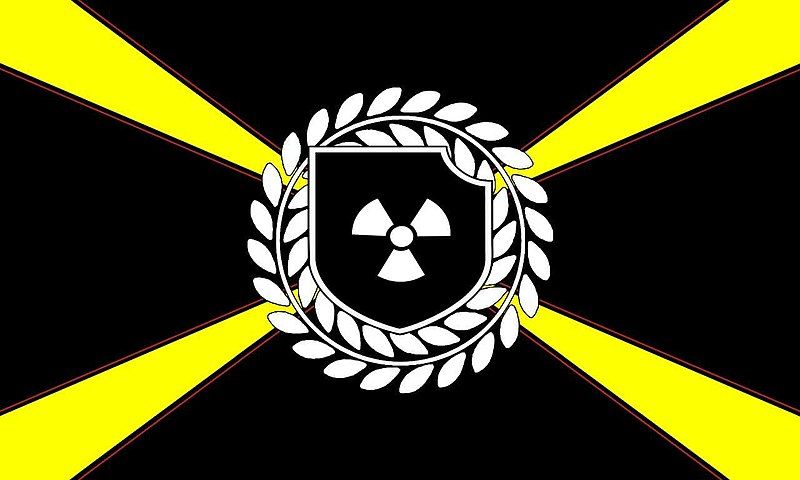 US neo-Nazi leader sentenced to seven years in prison

An American leader of a neo-Nazi group was sentenced on Tuesday to seven years in prison for threatening journalists who were working to expose anti-Semitic activities in the United States.

The Atomwaffen Division is made up of several cells across Europe and North America that spread hate propaganda and work to bring about a race war against anyone they deem enemies of the Anglo-Saxon race. (Photo: Atomwaffen Division, Wikimedia, License)Seattle’s Kaleb Cole has been identified by the US Department of Justice (DOJ) as a leader within the neo-Nazi Atomwaffen Division, which is designated as an international neo-Nazi terrorist network.

One thing that immediately stands out about Cole – given his status as a leader within the terrorist entity – is his age, as he is only 25.

The Atomwaffen Division is made up of several cells across Europe and North America that spread hate propaganda and work to bring about a race war against anyone they deem enemies of the Anglo-Saxon race, according to the Anti-Defamation League (ADL).

There are reports that several Atomwaffen members have been linked to violent crimes such as murder as well as alleged plots to attack synagogues and nuclear facilities.

This would play into their name as Atomwaffen is German for atomic weapons.

As a leader within the organization, Cole “repeatedly promoted violence, stockpiled weapons and organized ‘hate camps,'” according to U.S. Attorney Nick Brown.

These hate camps consist of treks and military-style training exercises that are used to indoctrinate new recruits into neo-fascist ideology and prepare them for the eventual collapse of society, according to the ADL.

During his trial, prosecutors portrayed Cole as a figure who threatened and intimidated journalists and activists who sought to expose his anti-Semitic agenda across the country.

This included cyber-harassment as well as mailing threatening posters and even sticking them to the homes of its victims in January 2020.

Cole himself created these posters, one of which depicts a hooded figure in a skull balaclava, holding a molotov cocktail, with a warning “Our patience has its limits” inscribed below.

The poster also displays the Atomwaffen insignia at the bottom with an almost ironically humorous greeting: “You have been visited by your local Nazis”.

Those targeted by Cole were primarily of Jewish descent and journalists of color, according to the DOJ.

His actions forced his victims to relocate and install home security systems for fear of retaliation for reporting them.

One in particular began to open her mailbox remotely for fear that hazardous materials had been deposited there.

As a terrorist organization with multiple cells spanning two continents, Atomwaffen has an active online presence in which it promotes its hateful Third Reich ideology and discusses acts of violence committed by its members in several chat rooms.

Their violent plans and aspirations range from the destruction of essential urban infrastructure to targeted assassinations against individuals of a race or religion that is not their own.

They also used their online forums to idolize other domestic terrorists such as Timothy McVeigh, whose 1995 bombing of Oklahoma’s Alfred P. Murrah Federal Building killed 168 people and was the deadliest act of terrorism in the United States before 9/11.

Posting terrorism plans online isn’t the brightest idea imaginable, however, an Atomwaffen member pleading guilty to possession of explosives after authorities uncovered his potential plot to destroy a nuclear facility near Miami.

Bernstein, 19 and both openly gay and Jewish, was allegedly stabbed by Woodward more than 20 times and buried in a park in Orange County, California, according to ProPublica.

The two once attended the same high school together.

After the murder, Woodward’s fellow Atomwaffen members rallied online to praise his alleged actions and extol his status as a “gay Jewish wrecking crew.”

They also threatened the lives of anyone who alerted the media to their alleged role in Bernstein’s murder, stating “rats and traitors get the rope first.”

If proven guilty, Woodward, who was 20 at the time, demonstrates that – just like Cole – already at a young age one is capable of radicalizing oneself to commit such acts of hate.