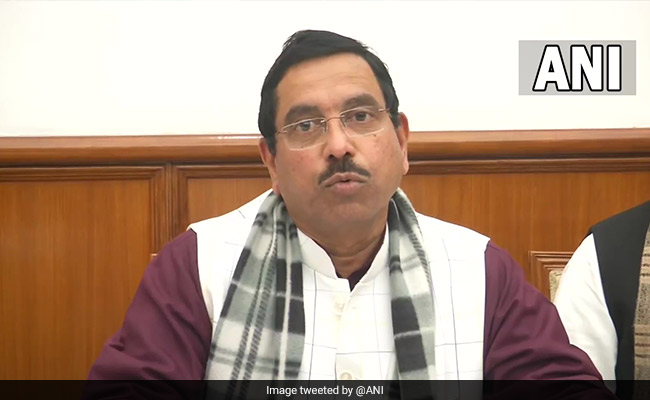 Union Minister Pralhad Joshi amid a row of hijabs

Hijab Row: Union Minister Pralhad Joshi has said that all students in Karnataka must follow the dress code.

Amid the ongoing row over the ‘hijab’ in Karnataka, Union Parliamentary Affairs Minister Pralhad Joshi has said that all students in the state must follow the dress code prescribed by schools or the administration.

“All students must follow the dress code prescribed by the schools or the administration. Law and order must be maintained in the state. We must see who these people are who incite students,” Mr Joshi said. at ANI.

Protests against the hijab began on February 4 at the Government Girls PU College in Udupi district of Karnataka when some female students alleged that they had been prevented from attending classes wearing the hijab (a headscarf worn by Muslim women ).

On Monday, students from different colleges arrived at Shanteshwar Education Trust in Vijayapura wearing saffron stoles in the middle of the Hijab row in Karnataka.

The board of pre-college education has issued a circular stating that students can only wear uniforms approved by the school administration and that no other religious practices will be allowed in colleges.

From football hooligans to terrifying Pokémon

How to choose a secure password and stay safe online: step-by-step guide