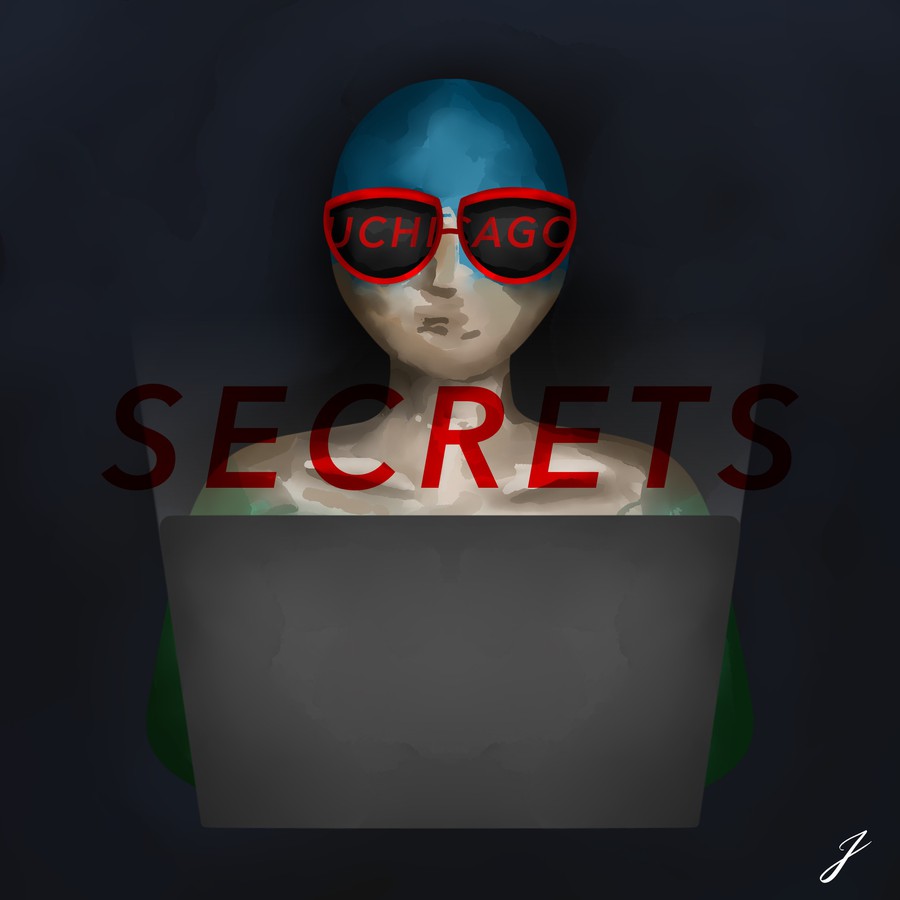 UChicago Secrets has a secret

Here’s a secret: I’ve been called on UChicago Secrets before. Despite being a wide-eyed, naive freshman who wanted nothing more than to fly under the radar in order to figure out what college life is all about, I committed a heinous crime just weeks into the fall term: coughing on the second floor of the Reg, which is ultimately a cardinal sin that warrants an all-caps, swear-filled post on the anonymous platform. “YOU NEED JESUS,” he said. Rough.

As hostile as Secrets can be, it is extremely addictive to read. It was only after discovering UChicago Secrets that Gossip Girl begin to make sense; whether it’s calling coughers and talkers to upper levels of the Reg (oops!) or confessing relationship drama, submissions to UChicago Secrets are salacious and unapologetically unfiltered, largely due to the complete anonymity that the page offers to its posters. Over the past few weeks, however, the page’s focus has shifted and campus safety concerns have come to dominate it — discussions that have continued even after the page’s brief hiatus and subsequent reinstatement. The tragic shooting and death of recent UChicago graduate Shaoxiong “Dennis” Zheng, along with a series of other violent incidents affecting the campus in recent months, has sparked a campus-wide conversation regarding safety and security. Discourse regarding the role of the UCPD and surveillance in the Hyde Park community has plagued UChicago Secrets for weeks. Nevertheless, the anonymity of online spaces like UChicago Secrets is as dangerous as it is liberating; the ability to decouple identity from opinion fosters a disturbing lack of accountability, creating an unproductive environment for civil debate.

As submissions pour in regarding campus safety and security, the platform’s anonymity fuels growing amounts of toxicity. A certain level of fervor is to be expected, especially with high tensions on campus. What is concerning, however, is the increasing use of what I can only describe as racism disguised as reasoned argument rooted in fact. When our names are not attached to statements we post, we are free to disregard social norms that generally hold us accountable and may speak without considering the implications of our submissions. The ability to remain anonymous creates a perception of immunity from sharing racist remarks and ideologies. A post asks, “Is it racist if I get scared when a black man walks near me at night?” while another replies, “People will say you’re a racist, but those are just statistics…” Posts like these – mitigated by anonymity – aren’t just the insensitive ramblings of college students who hide behind anonymity; these are words that carry real weight and cause real harm. They borrow rhetoric from despicable decades-old stereotypes that brand all black men as “super predators,” further marginalizing a community that has already spent decades suffering under the burden of systemic injustice and co-opting racism in the name of pragmatism. Malicious stereotypes can quickly become scapegoats, in which entrenched social and systemic issues are pushed aside and black people face undeserved blame rooted in decades-old racism. We see these harsh consequences playing out in national statistics: Black people, despite making up 13.4% of the population, account for 47% of wrongful conviction clearances and are five times more likely to be incarcerated in prisons than ‘State as Whites.

To portray Secrets posts as fanciful, irreverent and well-meaning, even crude, is deeply unwise. Anonymous public forums with immense reach, no limits on the frequency of submissions, and superficial content filters often become echo chambers for hate: a message referencing fear of black people slips through, and suddenly , others flow in: justifications, excuses and validations veiled by plausible arguments. denial and buried under dog whistles. These are not statements you would hear in a conference room of 4,000 people, but they exist online for an audience of 4,000 Facebook users. And with so many followers, the readership of UChicago Secrets exceeds, by some estimates, the weekly readership of Brown. The reach and reach of UChicago Secrets rivals that of our campus’ oldest journalistic outlets, but does not include any of the standards that govern reliable journalism. It’s crowdsourcing news – usually relegated to our grandparents’ WhatsApp group chats and 4chan chat rooms – that has become mainstream. When this kind of behavior escalates, it parallels the tangible dangers of violent conspiracy theories and far-right extremism in anonymous hate-promoting forums like Reddit and Parler.

Secrets, with its unverifiable statistics and consistently unsubstantiated quotes, illustrates the dangers of mistaking anonymous posts for the truth. The idea of ​​anonymity allows anyone, really anybody, submit whatever they want; what’s stopping students from typing blatant lies and shitty posts — which the page says are “allowed and encouraged” and might be funny until they cross a line? And who can say where an arbitrary line should be drawn? What about graduates who want to add fuel to the fire just out of boredom? Certainly, when the secrets topics of the week are GPA speech and Reg silence levels, such hypothetical scenarios add little or no harm. Still, when conversations turn to race and policing, the lack of authentication for evidence-based claims on platforms like Secrets makes it easy to find scapegoats.

Pages like UChicago Secrets are breeding grounds where personal jabs become the norm, undermining any productive discussion or debate. Those who disagree with the security measures put in place by the University become mere “dumb sociology specialists who will deny reality” – although I can’t help but wonder how sociology, defined by studying the literal society that surrounds us, can be disconnected from reality.

While Secrets sometimes has its upsides (the rare helpful response to a question posed tends to provide a nice, fuzzy sense of community), it’s important to balance protecting anonymity to ensure freedom of speech and privacy. enforcement of consequences for harmful and abusive rhetoric. The anonymous nature of UChicago Secrets is intended to encourage honest discussion about college life. The end result, however, especially when focusing on sensitive and difficult topics like the police, is a platform of toxic, impersonal and sometimes racist remarks that make productive speech impossible.

Irene Qi is a freshman in college.

GreenState pledges $1 billion in home loans to people of color