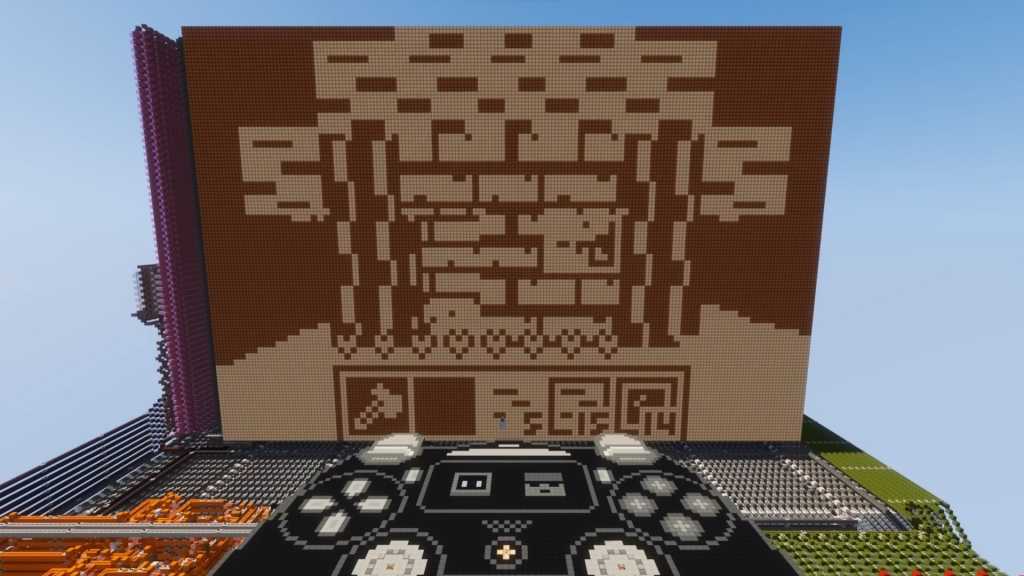 This Minecraft virtual computer is powerful enough to play… Minecraft

At the end of last year, we told you about the Chungus 2, a virtual computer that was “built” in the world in blocks of Minecraft. The initial CPU design could play super basic games like Snake on a 32×32 screen. Minecraft Builder Sammyuri and his team expanded the huge project. Now the the virtual computer is powerful enough to play…Minecraft. Amazingly, it didn’t open any black holes or portals to the underworld, at least not to our knowledge.

The Chungus 2 and similar in game Minecraft computers use physical game elements to mirror the designs of real-world processors and other computing hardware such as memory and storage. They basically use the game’s physics engine to simulate large-scale computing principles. Because each “block” in Minecraft is one cubic meter, the scale of these projects is absolutely enormous, even using modding tools to circumvent the usual mining and movement game mechanics. The 8-bit computer is made up of complex blocks such as torches, repeaters, pistons, levers, and most importantly, “redstone dust” which acts as an electrical conductor.

It took creators Sammyuri, Uwerta, StackDoubleFlow and other volunteers seven months to expand the existing 8-bit 1.0 hertz design, adding eight kilobytes of memory, 256 bytes of RAM, a full GPU and six kilo -bytes of video memory on a dedicated “graphics card.” They also extended the screen to 96×96. With hardware accelerators and a new controller design, the full Chungus 2 project is now the size of several city blocks (in-game, of course). The newly expanded version shown in the video was spotted by PCGamer.

Technically the original design and many similar Minecraft virtual machines could already play Minecraft and any other program, it would only take several days to render a single 3D image. The extended Chungus 2 runs a customized, scaled-down version of the game, with an inner world of 8x8x8 blocks. Familiar game elements like mining different resources and crafting tools with basic recipes are present in the black and white virtual world. It’s not easy, but the player finally managed to build a house in the small cube.

Even the execution of a small, tailor-made Minecraft takes an incredibly long time to the virtual machine. Unlike the simple Snake and Tetris games from the original design, Sammyuri had to speed up the video “about 2,000,000x times” in order to actually show the 3D graphics moving recognizably and that was with the server modified to run the physics engine at 10,000 times its normal speed.

Deciphex launches diagnostics as a service (DxaaS) in the United States