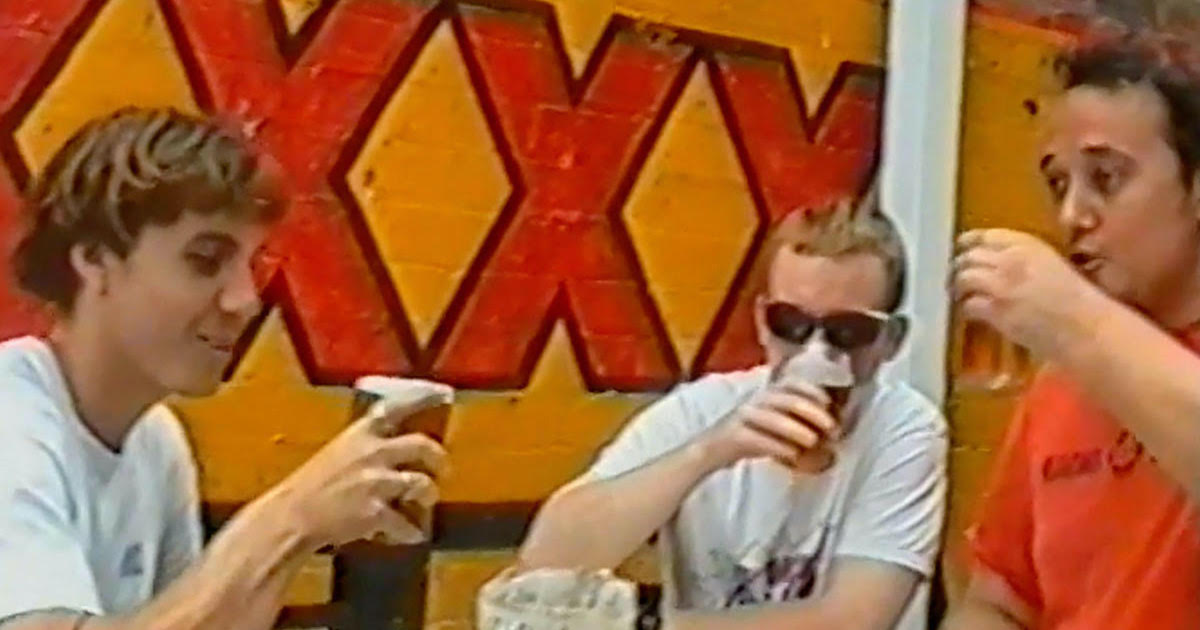 THE CHATS // Drop a new single and music video

Queensland-based punk trio, The cats have released a new rock track from their upcoming second album, GET FUCKED is set to be released worldwide on August 19 via Bargain Bin Records.

The album release will be followed by a headlining tour (currently in Adelaide) throughout September and a coveted support slot on the next Guns N’ Roses Australia/New Zealand tour.

Clocking in at just 89 seconds, the rip-roaring, ‘I’ve been drunk in every pub in Brisbane‘ is an utterly un-ironic celebration of frontman Eamon Sandwith’s first year or two in his new hometown.

Watch the video shot under the influence of the band and their roommate, Rick, who is also in a band with Eamon and Josh called Rick and the sick.

“It’s a bit warmer in Brisbane than the rest of the country,” says Eamon, “so it’s one of those places where it’s more acceptable to start drinking earlier. I think there would be around 900 pubs you should visit, and I’ve visited quite a few of them, but if you went to all of them, it would even be hard to remember which ones you would have been, and which ones you hadn’t. hadn’t, especially if you were fucking pissed off.”

Undeterred and now brimming with frustration and fury, the Cats are poised to strike back with their second long called GET FUCKED– an incendiary, hyper-adrenalized blitz of punk heaven, featuring an electrifying 13 killer tracks that perfectly capture the band’s explosive energy. It’s, quite simply, another giggle-pogo shot of genius across the floor.

Now with two full albums of all-new, hyper-melodic punk-rock-‘n’-roll bangers ready to hit the road, the band is ready to tour the world this year and put on all the pogo party euphoria needed to kill COVID. -19 forever. After all the incarceration and boredom, the Cats are in peak physical condition to deliver the excitement we all need for the months ahead.

Pre-order the new GET F*CKED ​​album at https://www.thechatslovebeer.com.

The cats GET FUCKED Round

Apply to become a Web Application Engineer of The 19th