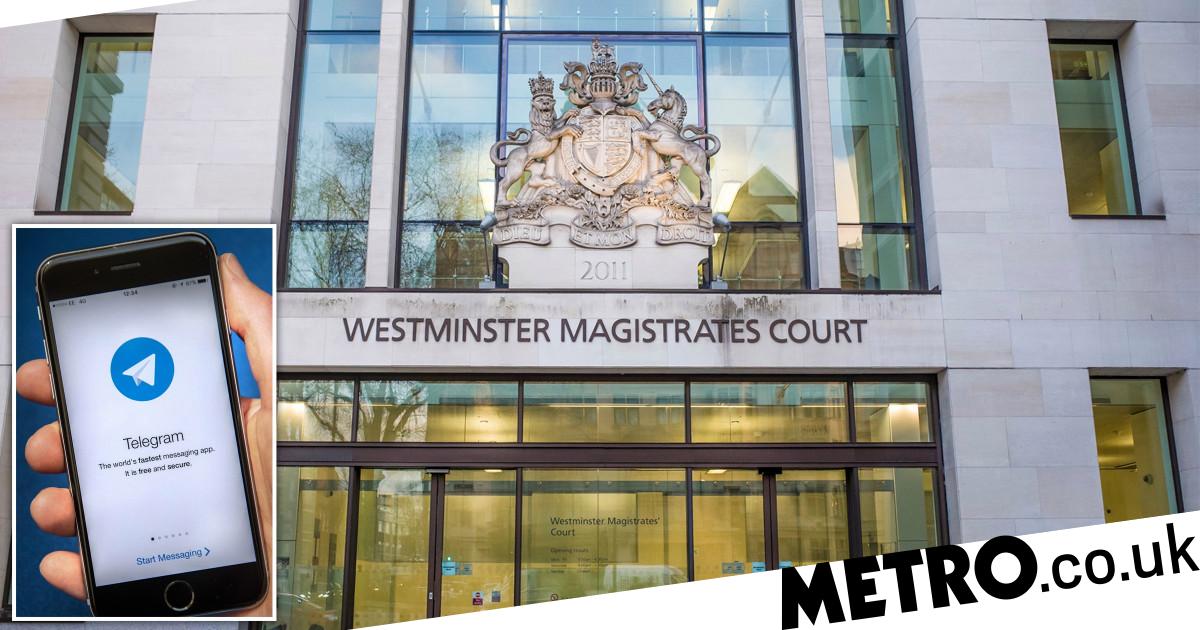 Two schoolchildren shared bomb-making textbooks in a far-right-line group as they slipped into a radicalizing “crooked rabbit hole” during the lockdown.

The teens, who cannot be named for legal reasons, were part of a Telegram chat that encouraged violence against ethnic minorities, Jews and gays.

Boy A, 15, founded the group and said he wanted to bomb London because it’s “not English” and “killing Muslims and niggas”.

He has made videos of himself wielding knives, posted videos of the Christchurch Mosque terrorist attack, and uploaded IRA guides on making improvised explosives.

Boy B, 16, from Kent, shared a copy of a white supremacist banned terrorist document and uploaded footage of the gun rampage in New Zealand that targeted Muslims.

The two teens admitted their role in posting copies of the White Resistance Manual and Anarchy Cookbook Version 2000 on social media.

According to prosecutors, analysis of their electronic devices revealed a “deeply rooted far-right racist ideology of a hateful, entrenched and worrying nature.”

Prosecutor Alistair Richardson explained how Boy A, originally from Derbyshire but living in Swansea at the time, “created and managed the group” and “classified like-minded people into private newsgroups”.

“B was a member of the focus group, participating in a like-minded extremist discussion.”

The prosecution said the police had “made very real efforts to rehabilitate and de-radicalize,” but when specialists visited Boy A’s home on August 27, he responded with a racial officer from the group.

‘London is not English. I’d rather bomb it than live there. New start.’

Defending Boy A, Mark Luckett said his client suffered from autism and ADHD and “did not understand the real world in relation to his online discussion boards.”

He added: “During the first nationwide lockdown, he spent a long time online during that time which unfortunately led him into a very crooked rabbit hole.

“It’s clear that at one point he was manipulated, but it’s not clear when.”

Justin McClintock, defending Boy B, said: “During a long period of lockdown isolation and when he was in a bad mood and was looking for social contact while in isolation, he sent these ugly messages and this link to the manual to know when it should be condemned.

“He’s a young man who hasn’t always shown behavior like this. It is not a rooted offense. It has all the characteristics of a unique piece.

“He has carried out a long period of soul-searching and does not hold these views.”

Speaking in court, Boy A said “that’s not the type of person I am” when videos of himself from the group were released.

Boy B said, “I can’t say what got into me. I can confidently say that I will never touch this aspect of my beliefs in my life. I will prevent anyone I can from trying to touch him.

The two boys pleaded guilty to possession of terrorism-related material at an earlier hearing and will be sentenced on September 9.

Boy A was taken into juvenile detention while boy B was released on bail.

Contact our press team by emailing us at [email protected]

For more stories like this, see our news page.

Get your latest news, wellness stories, insights and more