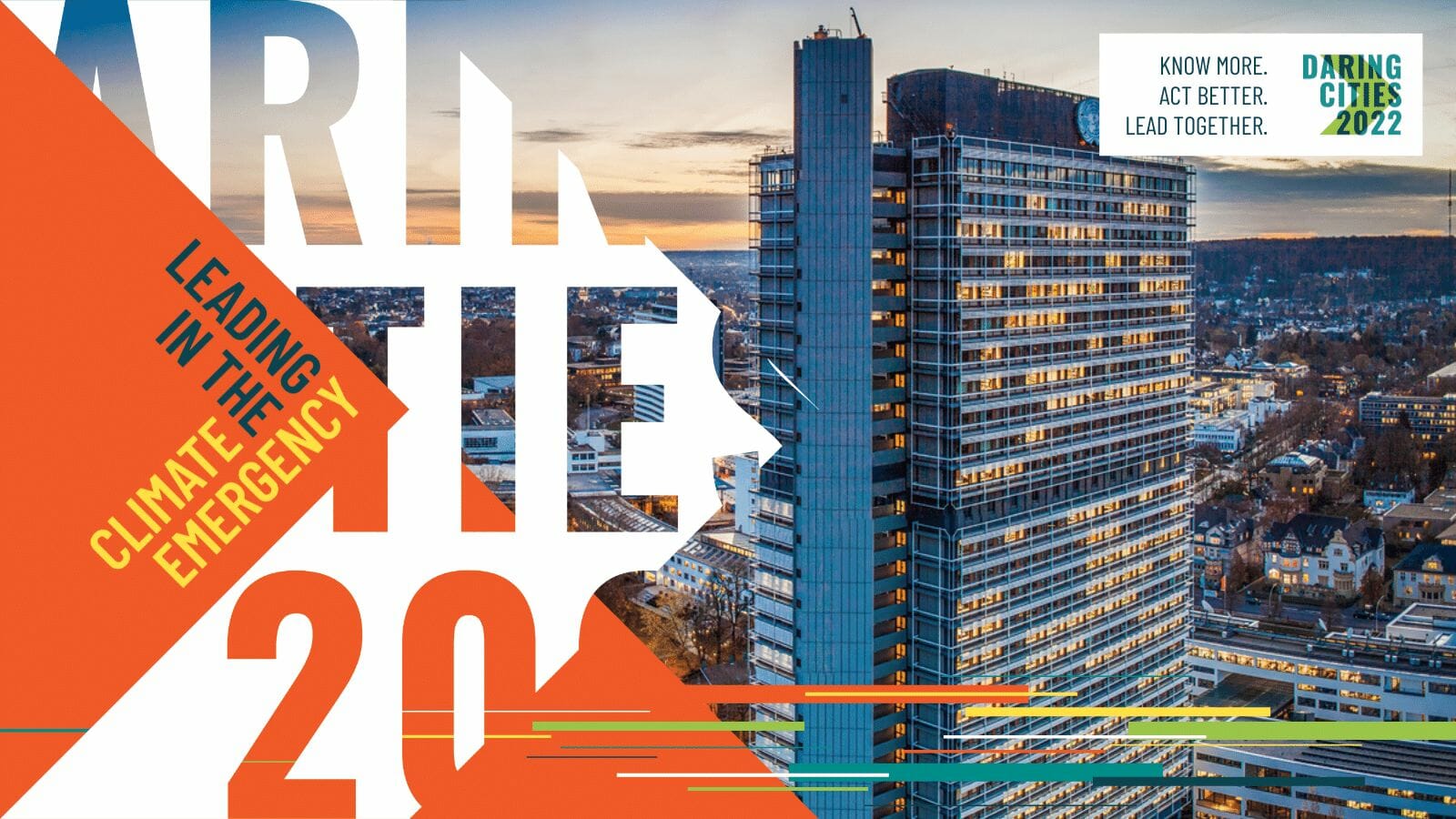 Show Me (How to Get) the Money: ICLEI’s Bold Cities Forum Highlights Emergency Climate Funding

Since its inception in 2020, the goal of ICLEI’s Daring Cities Forum has been to catalyze and accelerate local climate emergency action. And certainly, with more than 2,000 jurisdictions around the world having officially declared a climate emergency, there is no shortage of projects that cities are looking to launch in line with the global goals of mitigating global warming and building more resilient communities.

Unreachable, she says, due to a combination of the lack of local technical expertise and the current funding system which she describes as “so slow…and not in emergency mode. So much so that she says it can take 12 to 18 months just to access the expertise needed to carry out a technical study or prepare a business model… “so not even an investment in the project… but just the ‘technical assistance needed’ to assess the merits and feasibility of a project.

Consistent with Daring Cities’ modus operandi to accelerate response to climate emergencies, Mogyorósy says this year’s virtual conference will focus on finance “and what kind of systematic change we need to accelerate things… what kind of tools do we need bring and what are the available modalities which perhaps for the moment are not envisaged.

The high-level session titled. On Thursday, October 6, “Close the Gap: Innovative Finance for Urban Transformation,” will tackle these challenges head-on, serving, as Mogyorósy puts it, to “start a discussion about what it means to finance the climate emergency and why different from a regular funding business model” as well as “what could and should be done around the scale and speed of funding available. So it’s really going to be a call to action to put funding into fast-track mode.

As with many conference sessions, multiple perspectives will be presented. Specific to “Close the Gap” there will be panelists from the European Commission, European Bank for Reconstruction and Development, United Nations Capital Development Fund and in the spirit of ensuring local level representation , someone from Makati City because Mogyorósy points out, “it’s one of the star cities in the Philippines. It is a financial center and a well-developed city.

Yunus Arikan, ICLEI’s Global Advocacy Director, cites Makati and the city of Monterrey, Mexico as two great examples of “pioneering local governments” that are already helping to lead the fight against climate change at the local level and will be actively involved in workshops focused on scaling up action through the implementation of various financial instruments.

Monterrey, which is a major economic hub, was hit hard by a cruel drought and has responded decisively by aiming to achieve climate neutrality by 2050.

Just as Africa was at the center of the last Daring Cities, this year much of the attention will be focused on the challenges and opportunities on the ground in Central and South America.

“We’re really excited to see new faces,” remarks Arikan. “Latin America has seen major changes and one of them is the new president of Columbia (Gustavo Petro), the former mayor of Bogotá and who was previously actively involved in the world committee of ICLEI.”

Petro is an urban leader who clearly “gets” climate change, with an agenda that includes exploring new and innovative ways to protect the Amazon rainforest, including a debt-for-nature swap through which developing countries like Colombia would see their debts reduced or canceled in return. for green project financing commitments.

While Petro won’t be participating in Daring Cities, Arikan says ICLEI hopes Colombia’s new environment minister, Susana Muhamad, will participate in some of the intergovernmental discussions planned to address the current climate emergency.

Despite the focus on finance, ICLEI’s Mogyorósy stresses that virtually all sessions will be hands-on and conducted in layman’s terms, more focused on process and strategy than on actual calculations and “with more of a conversation around the corner. du feu” in relation to a formal feel for them. And judging by the list of speakers, there will be a unique mix of public and private multi-level contributions with sessions tailored to a variety of interests, depending on its hot buttons.

Registration for the Daring Cities Forum 2022 is now open at daringcities.org/register. To view the full program, click here

Editor’s note: The opinions expressed here by the authors are their own, not those of Impakter.com — In the featured photo: ICLEI Daring Cities 2022 forum banner. Featured photo credit: ICLEI.