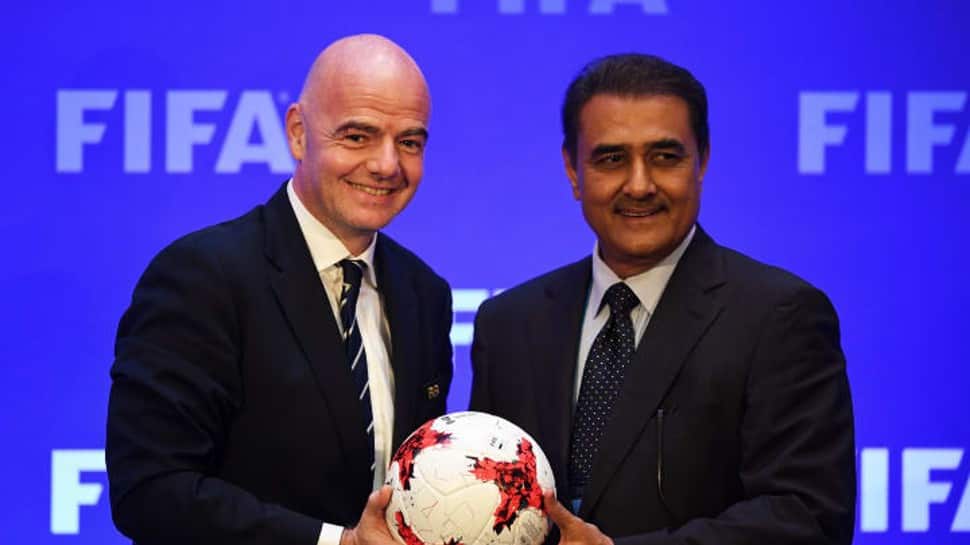 Praful Patel does not have a mandate to continue as the Football Federation of India president as he has already served three terms and the national body is expected to hold elections without further delay, the sports ministry told the Supreme Court . In an affidavit to the Supreme Court on April 8 regarding a Special Leave Petition (SLP) filed by the AIFF, the Department of Sports said Patel’s tenure was in violation of the Sports Code.

“… The term of the existing committee (of AIFF) has already ended, and the current president (Praful Patel) has completed more than 12 years as president, the petitioner (AIFF) should hold elections without further delay in accordance with existing instructions contained under the Sports Code and instructions issued by the Respondent (Ministry of Sports) from time to time,” the Ministry’s affidavit reads.

“That thus the tenure of a member of the Applicant’s office, such as the President, who has already served 12 years as President of the AIFF, will be in violation of the Sports Code, in particular Article 9.3 (iii) of the Sports Code read with the notification of 01.05.2010.

Patel completed his three terms and 12 years as AIFF President in December 2020, the maximum allowed for a National Sports Federation (NSF) chief under the Sports Code. The AIFF, however, did not hold the elections, citing a pending Supreme Court petition regarding its constitution.

The AIFF filed a petition with the Supreme Court just a month before its scheduled election date, seeking certain clarifications on the status of its constitution, which had been under review by the Supreme Court since 2017. The case is still pending.

In a series of tweets, the AIFF said it was ready to hold elections “tomorrow” if the Supreme Court approves its constitution. He said that since his request for instructions to reclassify the conduct of the elections is still pending with the SC, he is “forced to carry out his duties in the absence of a new body”.

“According to the constitution of FIFA and the AFC, it is mandatory to have an elected body representing the affairs of the AIFF,” he said. “Otherwise, the AIFF will lose its affiliation with FIFA and AFC and will not be able to participate or organize any international competition in India, including the FIFA U-17 World Cup.

“We would be more than happy to hold the elections tomorrow if the SC approves our constitution. Already, our constitution complies with the National Sports Code by respecting the age limit of 70 years and three terms totaling 12 years.

The AIFF, however, did not explain how the elected body could not be a new one and not the current officers. He also said the Department of Sport’s April 8 affidavit “is nothing but a reiteration of the issues we mentioned in our SC application.”

“AIFF filed a petition before the Honorable Supreme Court of India on 20th November 2020. Suo moto, we have requested the SC to guide us on the next steps we should take regarding the holding of the election during of our AGM to be held on December 21, 2020.

“Our President, Mr. Praful Patel, has stated on several occasions, including at the AIFF Annual General Meeting, that he has completed his term and is not seeking re-election.”

The ministry, in its affidavit, also hinted that the AIFF could lose its government recognition for failing to comply with the sports code. “Since the last elections organized by the petitioner took place on 21.12.2016, the petitioner is obliged to hold new elections. Whereas recently the respondent (Ministry of Sports) renewed the annual recognition of the petitioner (AIFF ) for one year with effect from 23.10.2020, this recognition is subject to the outcome of the application for special authorization pending before this honorable court.

Our President, Mr. Praful Patel, has stated on several occasions, including at the AIFF AGM, that he has completed his term and is not seeking re-election.#IndianFootball (8/8)

“Furthermore, the Respondent (Ministry of Sports) in response in its renewal letter dated 23.10.2020 has categorically stated that the Claimant (AIFF) must bring its constitution into conformity with the provisions of the Sports Code within six months from from the date of issuance of the letter,” the department said in the affidavit.

In 2017, the Delhi High Court overturned Patel’s election as AIFF President (at the 2016 AGM) following a petition by lead lawyer Rahul Mehra. But the Supreme Court had suspended the High Court’s ruling, allowing Patel to continue in his role, while appointing India’s former chief election commissioner SY Quraishi and former national captain Bhaskar Ganguly as directors and to formulate the constitution of the AIFF.

Patel has however said in the past that he cannot take part in any AIFF elections, but somehow the national federation polls did not take place for well known reasons of the former union minister and his faction. In February, at the AIFF’s annual general meeting in Mumbai, Patel finally agreed to set up a committee to look into the matter.

The three-member committee was asked to submit its report within three months.