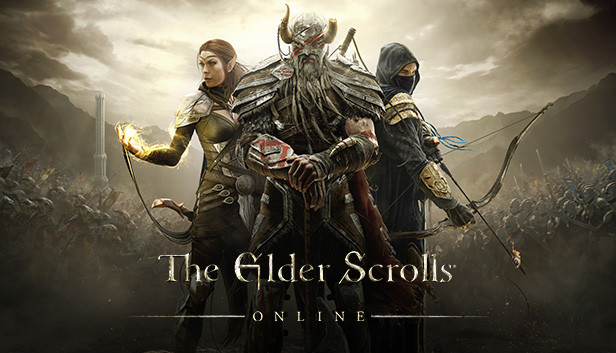 Now we all know and love DLSS. This rocked the industry to the point where competitors had to release their own versions just to take on Nvidia. While DLSS is great and all, Nvidia has developed some new technology derived from DLSS, and Elder Scrolls Online will be the first game to get it.

DLAA, Where Deep Learning Anti aliasing is DLSS but without the supersampling part. Hence the “SS” replaced by “AA“in the name. So everything that applies to and makes DLSS so special also applies to DLAA. As the name suggests, DLAA is anti-aliasing technology that uses the”DL”In DLSS and supposedly produces incredible results. Seeing what DLSS is capable of, we have no reason not to believe that DLAA could become the best AA method after its launch.

DLAA will debut on Bethesda’s Elder Scrolls Online in the Fall Content Update. The developers actually hosted a livestream yesterday announcing some major changes coming to the game in Base update 32 and talked about the next one Deadlands Zone DLC. Bethesda has revealed that the game will receive DLSS Support in the fall update. This helps well to mitigate low FPS on RTX 20 series graphics cards by offering a nice balance between image quality and performance.

Some exciting additions have just been announced to our ESO feed for our next fall content update.

The first is DLSS! Another welcome lift to our now 7-year-old MMO.

However, DLSS is not required on RTX 30 series GPU, because native performance is already quite good and every card in the RTX 30 series is capable of grabbing high numbers in ESO. So the developers saw this as an opportunity to develop something new for gamers. They contacted Nvidia to only use the anti-aliasing portion of DLSS and this resulted in the creation of DLAA.

While we were working on adding NVIDIA DLSS we also worked with them on new technology that we are going to be the first game to have done this before. This is the launch of their new technology, called NVIDIA DLAA. It’s the same kind of concept, you won’t get any performance improvement, but what you get is absolutely amazing anti-aliasing. It’s amazing, it’s crazy how good it is. – Creative director Rich Lambert

Not much is known about DLAA at this time, but it should be like any other anti-aliasing technology, but with the added pizzazz of DLSS’s machine learning chops. Again, DLAA is literally just DLSS, but without the scaling part so there is no performance improvement, it is just anti-aliasing. That being said, since it is derived from DLSS, the results should be nothing short of revolutionary, and the developers seem to believe it too.

It remains to be seen whether DLAA will add some sort of latency to the game, as it will be considerably more complex than existing anti-aliasing methods. Bethesda hasn’t shown any demos to go along with its announcement, so we can’t tell just yet. Also, since DLAA uses the “DL” component of DLSS, it will only work on RTX graphics cards from Nvidia. The update on all of these changes is expected to be uploaded to ESO’s public test server in the next few days. so we can find out more soon.