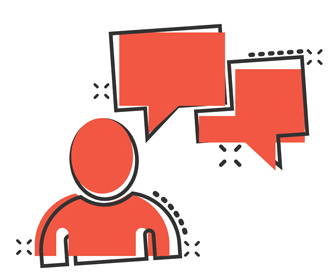 The past few months have been filled with partnerships, acquisitions, and debates, as alternative measurement vendors begin to gain a foothold at Nielsen’s expense.

But there is at least one thing that most competing measurement providers can agree on: the importance of independent accreditation.

Nielsen lost its Media Rating Council seal for national and local ratings over the summer after underestimating ratings during the pandemic.

Since then, Nielsen has been actively working to regain its accreditation and plans to seek separate accreditation for Nielsen ONE, its multi-screen measurement product.

“I fully intend to have an accredited Nielsen ONE,” Kenny said.

Advertisers have been asking for cross-platform metrics for more than a decade, Kenny said, but the industry also “needs to be able to gauge cross-media audiences on common metrics.”

And the need for a single standard becomes even more critical as fragmentation increases competition.

“The pie is getting bigger,” Kenny said in reference to the business opportunities created by new forms of television inventory, such as streaming.

But advertisers and their agencies will always need a way to determine if they got what they paid for. “And [they] I haven’t spoken yet,” added Kenny, who claims that Nielsen has “five times more data scientists than the next five competitors combined.”

Kenny argued that the answer is a single standard. The cheese is alone.

Either way, the programmers are unequivocally opening the floodgates to the new competition in town: the alternative measurement providers.

And programmers register with alt metrics providers despite their lack of an MRC seal.

“There are no accredited TV or video products at this time,” VideoAmp CEO and Founder Ross McCray told AdExchanger recently.

Still, “accreditation is important,” he said, noting that VideoAmp is going through the lengthy MRC accreditation process.

“We have to make sure we’re hearing what customers are looking for,” McCray said. “It doesn’t help if no one is accredited.”

Third-party accreditation also filters out providers who don’t have what it takes, he said, and streamlines business for those who do. Accredited companies do not have to spend as much time answering transparency questions from potential partners if they have gone through the MRC process.

But, speaking of time, getting an accreditation takes some time.

And in the meantime, there are other ways to be transparent, build trust and open the black box, McCray said.

Sharing the actual backend code with customers is a way to establish reliability while waiting for the golden seal of approval from a third party.

A company can tell its customers what it does, but if “you don’t show the source code, you could be lying to your teeth,” McCray said.

“Our customers in production use our code themselves – they call our code and get the measurement back,” he said. “They have full transparency on what’s going on.”

In McCray’s view, the future of measurement will consist of multiple vendors but one leader, much like how multiple SSPs compete for the top spot — but Google is clearly ahead.

“Some [companies] go broke, some sell, some pivot – then you get to a clear two or three, like Google [and Amazon or PubMatic]said McCray, referring to the most commonly used SSPs.

The same is true for DSPs, he said, which “keep dwindling.”

“There are few now, and [there are] big differences between first, second and third place,” McCray said. “How are you [all] come down to market adoption and choice.