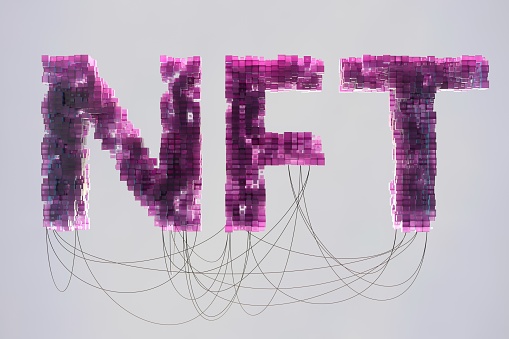 ‘NFT’ hailed as ‘word of the year’ by Collins dictionary, beating ‘Crypto’, ‘Cheugy’ in first place

NFT is a term that has conquered not only the global collective psyche but also major dictionaries.

For this one, Collins Dictionary hailed NFT as the word of the year 2021, joining two other major tech terms to dominate the dictionary’s best word list: crypto and metaverse, Mashable reports.

Here is the official Collins Dictionary announcement on Twitter:

NEWS Collins Word of the Year is… NFT.

In the dictionary, NFT or non-fungible token is officially defined as a “unique digital certificate” connected to a blockchain, mainly used to prove ownership of an asset like works of art or other collectibles.

NFT has also beaten other terms like “cheugy,” popularized by Generation Z youth. For the uninitiated, “cheugy” refers to an overwhelmed person who tries too hard to be “hip” or current, according to the New York Times.

According to CNN, the acronym (which isn’t exactly a “word” per se) follows the “lockdown,” which Collins named the Word of the Year for 2020.

To complete the dictionary’s list of the biggest words of 2021, here are the most notable:

The NFT Trend and Its Path to Global Domination

To say that the term NFT is the “hip” thing to be aware of these days is a massive understatement. Moreover, those who play their cards well can actually make a lot of money with these digital assets.

NFTs are now a roughly $ 1.5 billion industry after growing 26 times in volume compared to the first quarter of last year.

In other words, the term itself was barely on people’s minds a year ago. And now it seems like everyone is mentioning or talking about it – especially the prominent celebrities.

Due to its popularity, NFT trading has become a lucrative source of income for many people. Several non-fungible tokens sold over the past year were among the most valuable assets ever sold, with prices steadily in the millions.

A perfect example is a digital artwork by an artist named Mike “Beeple” Winkelman, which was sold by Christie’s for an insane amount of $ 69 million, reports the BBC. This placed Beeple among the three most valuable living artists in the world, according to Christie’s.

Another example is the original World Wide Web (aka the Internet You Know and Love) source code, which was sold by its creator, Tim Berners-Lee.

Packaged in NFT form and initially listed at a starting bid of $ 1,000, the source code was eventually sold for $ 5.4 million by Sotheby’s to a private collector, reports Reuters.

Related: “The NFT Bay” Allows Anyone to Torrent Blockchain Replicas in JPEG

This article is the property of Tech Times

2021 TECHTIMES.com All rights reserved. Do not reproduce without permission.

Axtria to host several events on the future of digital transformation, product design and product leadership opportunities for women at NASSCOM Product Conclave 2021

Steve Taylor, CEO of BlueRush, accepted to Forbes Tech Board