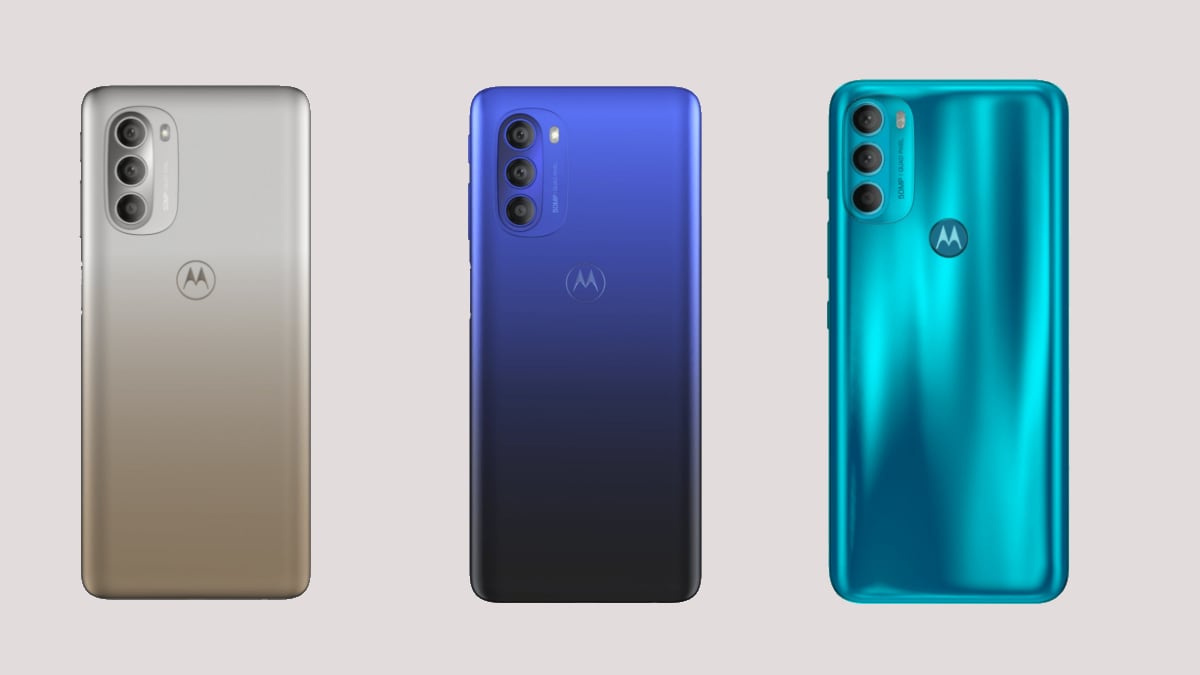 The Moto G41, Moto G51, and Moto G71 smartphones were leaked in renderings ahead of their global launch. The handsets, which belong to the brand’s new Moto G series owned by Lenovo, have also been the subject of multiple leaks in the past. The new one suggests the designs of the three Motorola smartphones for global markets. The Moto G51 was unveiled in the Chinese market in November while the Moto G71 was spotted recently on TENAA. Likewise, the Moto G41 is said to have appeared on the Anatel certification website in Brazil, hinting that its launch may be imminent.

The official-looking renders of the Moto G41, Moto G51, and Moto G71 phones have been share on Twitter. He first posted a some renderings saying it was the Moto G41, but later shared renderings of a new device saying the new ones were Moto G41. His clarification was a bit convoluted, but he probably meant that the renderings shared in the first tweet were from the Moto G71. Additionally, the phone’s camera bump in early renderings reads OIS, aka optical image stabilization, which is most likely a feature of the high-end Moto G71.

In a third tweet, the tipster also shared renderings of the Moto G51.

The Motorola Moto G41 code name would be “Corfu”. According to the revised renders shared by the tipster, the G41 is expected to feature a center-placed hole-punch cutout for the selfie camera. The renderings show a triple rear camera setup with a 50-megapixel sensor. Previously, a Motorola handset with the internal designation XT2167-1 was reportedly recently spotted on the Anatel certification website in Brazil, suggesting it could be the Motorola Moto G41. The listing suggests that the smartphone will contain a 4,700mAh battery.

As mentioned, the Chinese variant of the Motorola Moto G51 was released recently. The phone is powered by the Qualcomm Snapdragon 480+ SoC and packs a 5,000mAh battery that supports 10W fast charging. Key specs include a 6.8-inch perforated LCD display with a 120Hz refresh rate. and a triple rear camera setup with a 50 megapixel S5JKN1 main sensor. The Moto G51 price in China is CNY 1,499 (around Rs 17,500) for the 8GB RAM + 128GB storage option alone. So far, the company has not announced when the smartphone will be. available in other markets including India.

The latest leaked renders of the Moto G71 suggest a punch-hole display design and triple rear camera setup with a 48-megapixel sensor with optical image stabilization (OIS) in mind. The phone is said to have appeared on TENAA earlier with the model number XT2169-2 (translated). A separate leak indicated that the Motorola Moto G71 is codenamed “Corfu5G” and will run on Android 11. The handset is expected to feature a 6.43-inch Full HD + OLED display and will be powered by the new Snapdragon 695 5G processor. It is said to receive operating system updates for two years.

The Moto G71 would be offered in three RAM configurations and two storage configurations. This leak suggested that the Moto G71 will feature a triple camera unit on the rear that includes a 50-megapixel main sensor – instead of the slanted 48-megapixel in the new renderings – an 8-megapixel ultra-wide-angle sensor and a 2 – megapixel macro shooter. For selfies and videos, the Moto G71 is expected to have a 16-megapixel front camera. The handset is said to have a 5,000mAh battery with 30W fast charging support.