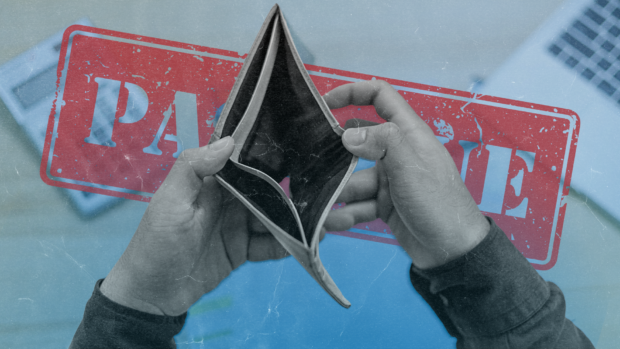 More than half of young Filipinos expect to miss bills and loans as all age groups cut non-essential spending, adding to worrying signs that an economic recession could be underway as consumers are struggling with rising costs, according to a survey.

The third-quarter Consumer Pulse Survey conducted by US credit reporting firm TransUnion also showed household savings rates were on the rise, with 76% of Filipinos believing the economy “is already in a recession or will enter one by the end of 2023”.

Personal debt was a big concern for 47% of Filipinos, but it was more pronounced for adults aged 41 and under, who represent the so-called millennial and Gen Z population.

“Genz Z (58%) and Millennials (55%) who said they expected to not be able to pay at least one of their current bills and loans in full also said their top choice of financing to pay them was to use their savings,” according to TransUnion.

The latest inflation impression was driven by the faster rate of increases in food and non-alcoholic beverages; and housing, water, electricity, gas and other fuels.

Many economists believe local inflation has yet to peak, which could prompt Banko Sentral ng Pilipinas to step up aggressive interest rate hikes that would raise borrowing costs for businesses and consumers.

The TransUnion survey showed that Filipinos were preparing for a recession by increasing their savings and reducing discretionary spending such as restaurants, travel and entertainment over the past three months.

“Filipinos said their biggest spending increases over the next three months are likely to be on bills and loans, medical care/services, retirement funds and investments,” TransUnion said.

“They said they were the least likely to spend more on major purchases like cars or appliances,” the company added.

Additionally, fewer Filipinos expect their income to increase over the next 12 months.

The survey was conducted from August 19 to September 1 and covered 1,013 Filipino adults.

It also showed emerging trends in how Filipinos access credit.

Most respondents believe access to credit and loan products is important to achieving their financial goals, and 56% said they plan to apply for new credit or refinance existing credit in the next year , according to TransUnion.

The majority, 80%, were afraid to share their personal information. This may be related to more consumers reporting being targeted by digital fraud in the past three months.

“As Filipinos’ financial literacy improves, TransUnion is optimistic that more people will have the knowledge and tools they need to make responsible financial decisions, especially at a time when economic indicators show a tense environment,” Pia Arellano, president and CEO of TransUnion Philippines, said in a statement.

“Filipinos are very adaptable, but it takes a community, including the corporate and banking sectors, to come together to achieve greater financial inclusion and economic recovery and growth,” she added. .

Pandemic SBA loans will soon have to start repaying