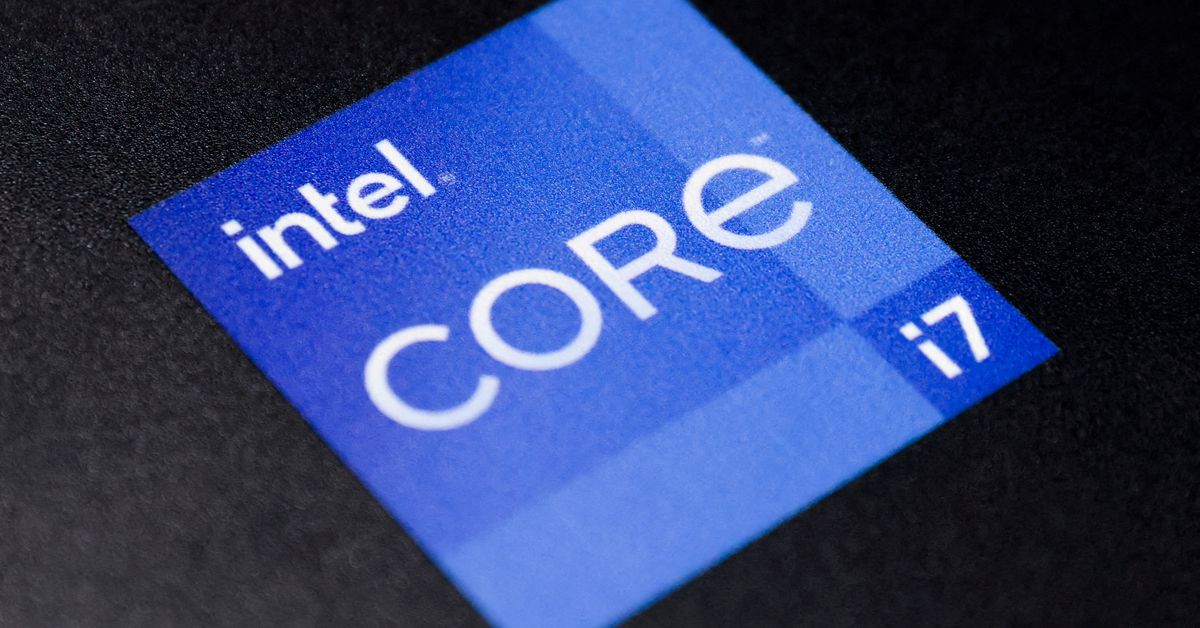 The Intel Corporation logo is seen on a display at a store in Manhattan, New York, November 24, 2021. REUTERS/Andrew Kelly

STOCKHOLM/BRUSSELS/SAN FRANCISCO, March 15 (Reuters) – Intel has chosen Germany as the site of a massive new chipmaking complex, giving the first details of an $88 billion investment drive across Europe, which is struggling to reduce its dependence on imports and alleviate a supply shortage for manufacturers.

The plan is the latest from a major semiconductor maker as the industry tries to catch up with the boom in demand for chips used in everything from smartphones to cars, although there are no quick fix as the new German factories will not come online until 2027.

The American chipmaker is spreading its investments across half a dozen countries, including strengthening its existing factory in Ireland, creating a design and research center in France and a packaging and assembly site in Italy.

Initial spending will total 33 billion euros ($36 billion), including 17 billion euros in Germany, where the automotive industry is likely to be a prime customer for cutting-edge chips that could use such technology. smaller than 2 nanometers.

Chipmakers are looking to build more factories to make advanced, smaller chips for use in high-end smartphones like Apple’s latest iPhones that use chips with 5-nanometer technology. A nanometer is only a few atoms wide.

Bernstein Research analyst Stacy Rasgon was confident that Intel could manage rolling out investments to meet demand in the future, and was positive about expanding with government subsidies.

“[Intel] uses the ability as a strategic weapon… Part of the current strategy is to go around the world and beg for money,” Rasgon said. is the time.”

The company will invest a further €12 billion in an Irish factory, bringing its total investment in Ireland to over €30 billion.

It is also in talks with Italy for a chip assembly and packaging plant for a potential investment of up to 4.5 billion euros, which is expected to start operations between 2025 and 2027.

The company will also increase its lab space in Poland and plans to establish joint labs with the Barcelona Supercomputing Center in Spain for edge computing.

Intel CEO Pat Gelsinger announced plans in September to spend $88 billion in Europe over the next decade, and the site selection comes after some EU governments, including Italy, offered big incentives to try to convince the chipmaker to invest in their country. Read more

Spreading its factories over different sites could help the company get more subsidies from different countries.

But Intel will have to negotiate with every European country where it is setting up facilities for state aid, EU Industry Commissioner Thierry Breton told reporters.

He also said the Commission was talking with other chipmakers and hoped to make similar announcements in the coming months, but did not provide details.