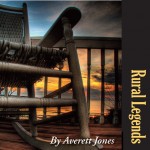 Handhelds, me outdated and good in bed

I had one of the Big Kids for a few days after almost a week of quarantine. Both the daughter and her husband have tested “positive”, meaning the entire herd has been quarantined. According to the recommendations, “positive” people should isolate themselves for the duration of their illness without association with those who are not infected. The girl said it sounded like a wonderful vacation, but she doubted any of the G-brats would survive five days without parental attention.

Then all of the above had to be retested before going back to school. This time, three boys tested “positive”. Did I say that the positive is no longer positive? Positive is negative and causes all kinds of problems.

I just had to replace my cell phone. It seems to have become obsolete. I thought it was amazing technology. It had a clock on it and believe it or not when I opened it (like a clamshell) I could make a phone call. Get out of my way Dick Tracey. It was amazing. All I had to do was open it, press 10 numbers and the send button and at least some of the time the person I wanted to talk to answered.

Of course, other times a recorded message would say, “Message LYN, please dial a number to continue.” I hate to sound like I’m complaining (especially when it sometimes works, which is amazing), but how do I dial a number on a phone that doesn’t have a dial?

Son calls things like that JFM, which stands for Just Freakin’ Magic. Why would anyone expect magic to work every time and everywhere?

I still remember when my phone was attached to the wall. I had a 35 foot cord between the phone and the handset so I could walk while I talked. My father, the chef, had problems with that. He always said, “If you keep going around in circles, I’ll pin your foot to the ground.” Then, until I forgot, I kept one foot in place and walked in circles around it. He never threatened to “pin my other foot to the ground”.

Either way, thanks to JFM and technology, it’s possible to have privacy and not get strangled by the phone cord (or my dad) at the same time. What more could I want?

Almost everyone in my world tries to get me to “upgrade” my phone, which is impossible. If a phone makes and receives phone calls most (or some) of the time, it’s doing everything a phone can do. If you want a handheld that also makes phone calls, that’s another thing, but just calling it a phone is incorrect.

Suppose I buy a bicycle? Then I decide to add two extra wheels, a motor, a comfortable seat, an enclosure and doors and windows – is it still a bike?

That’s not to say I won’t take advantage of the fact that a lot of people have handhelds that also make phone calls. If I need to know something and they can find it on their handheld, I will definitely ask them. Since almost everyone I know has a handheld (which also makes phone calls), why do I need one?

I also realized that all this technology made me obsolete too. Before all this magic, people called me regularly for information. If I didn’t know, I would consult one of my three series of encyclopedias and find the answer. Now, with all the handhelds, I’m as obsolete as my wall-mounted rotary phone and my printed encyclopedias.

Not only that, but I’m also physically outdated. If I need to climb a tree or climb a tall ladder, or wear shingles on a roof, I have to contract it out. I’m not worried about any of those. If I can’t do it, someone else can. My only concern is that I can do whatever my fiancée, management wants me to do. I don’t even want her to consider replacing me with a subcontractor.

As you get older, things change.

I recently heard a young woman my age say that definitions change with age. She added: “My husband is great in bed. At my age that means he stays on his side, doesn’t snore or steal the covers.