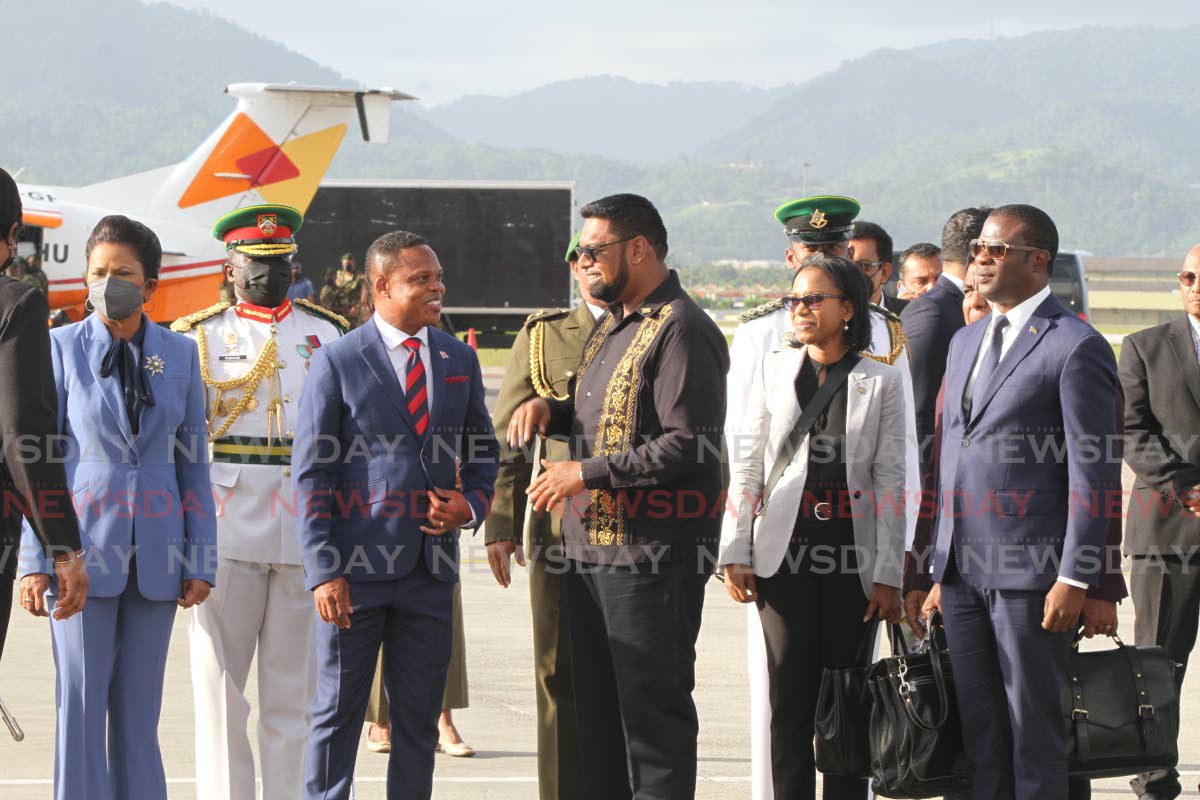 The President of GUYANA, Dr Irfaan Ali, has arrived in Trinidad and Tobago for his first visit to the country since taking office in 2020.

As Ali arrived on the tarmac, he was greeted by Coast Guard, Air Guard and Defense Force officers. There were about 90 officers in total.

The anthems of both countries were played and Ali inspected the honor guard.

He was then guided to a silver Mercedes Benz SUV, where he sat in the back with his wife and son. Little Zayd waved to reporters as he waited for the convoy to leave.

He is due to hold bilateral talks with the Prime Minister on issues of mutual concern to the two countries, visit the Agricultural Investment Forum and Exhibition this weekend, as well as industrial zones such as Point Lisas.

As the head of the Caricom government responsible for agriculture, Ali is responsible for leading the 25 by 2025 initiative. In May, Ali hosted the Agri-Investment Forum and Expo which brought together several countries from the Caricom, including TT.