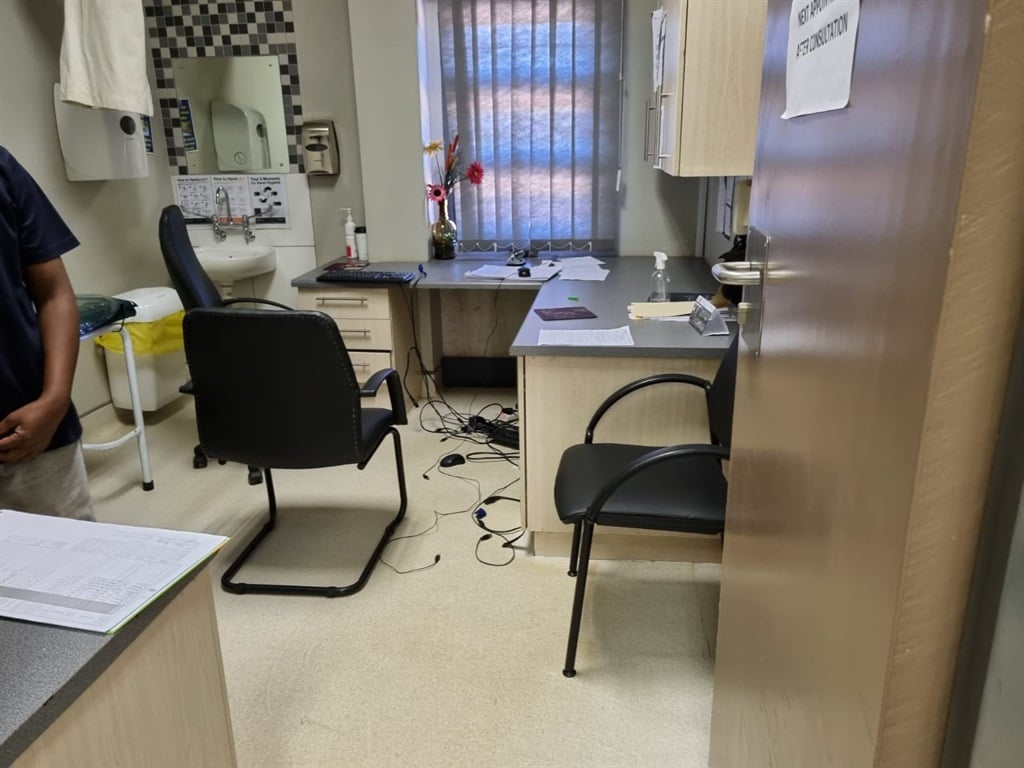 The Gazankulu Clinic in Saulsville was robbed on Friday. The clinic is one of four to provide primary health care in the greater Atteridgeville area and provides important support services to the city of Tshwane’s Covid-19 vaccination campaign.

“I personally visited the clinic…to assess the extent of the damage and it immediately became clear that the damage was extensive,” she said.

“The intruders used crowbars to force their way inside the building, damaging the main gate and doors.”

No drugs were stolen in the burglary, Marx said. The clinic has resumed operations, but some administrative functions have been affected.

“This criminal act is not just an attack on city property, but a direct attack [on] residents of Saulsville and Atteridgeville, as it impacts service delivery to the community.

“City officials are working with police to investigate the matter.”

The burglary came after five healthcare workers were robbed at gunpoint at a pop-up vaccination site in Soshanguve, also in the town of Tshwane, on Friday.

The thieves made off with cash, vaccination program gadgets, two tablets and five mobile phones after attacking healthcare workers at a pop-up vaccination site next to Rivoningo Primary School.

In a statement on Sunday, the Gauteng Health Department said the victims were members of the Pulse Health team, which offered support to the department.

The incident happened a month after a mobile vaccination team was robbed at gunpoint from a pop-up vaccination site at the Wonder City Taxi Rank in Soshanguve on December 4, 2021.

Never miss a story. Choose from our range of newsletters to get the news you want straight to your inbox.