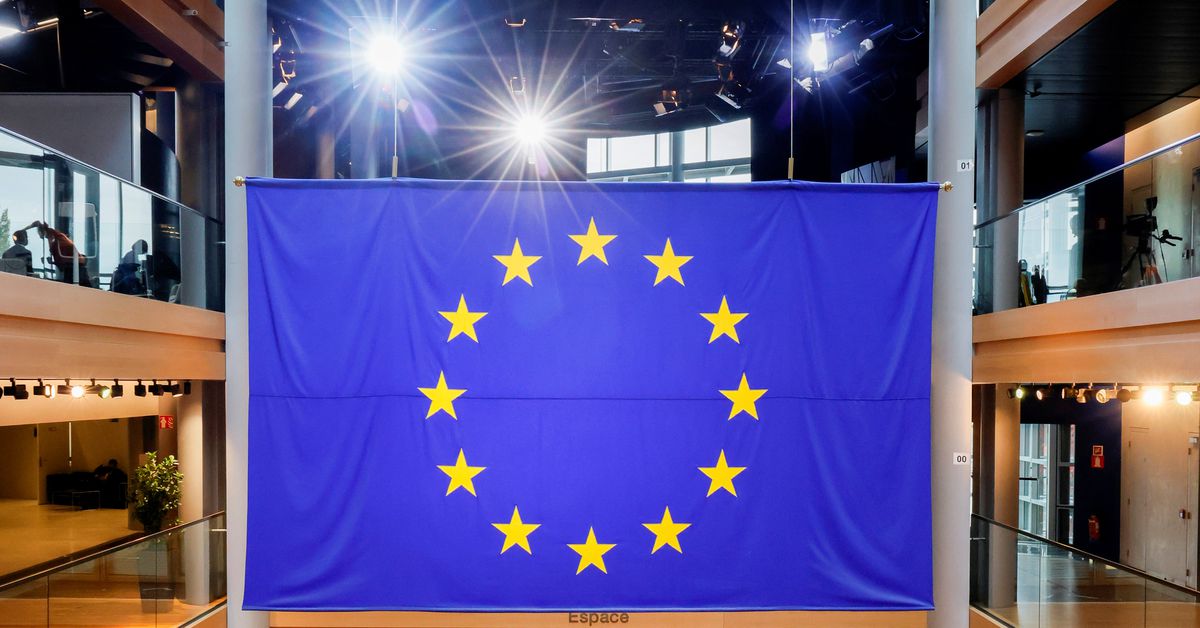 A view of a European Union flag during a debate on Poland’s challenge to the supremacy of EU laws at the European Parliament in Strasbourg, France, October 19, 2021. Ronald Wittek/Pool via REUTERS

BRUSSELS, April 5 (Reuters) – The European Commission has proposed charging major online platforms a fee of up to 0.1% of their global annual net income to ensure they comply with new EU rules EU requiring them to do more to control content, an EU document shows.

Rules known as the Digital Services Act are expected to be agreed between EU countries and EU lawmakers later this month. The collection of such a fee for compliance with the rules would be a first for the European executive.

“The aggregate amount of the annual surveillance fee will be based on the estimated costs incurred by the Commission in carrying out its surveillance tasks under this Regulation,” the document, which has been seen by Reuters, reads.