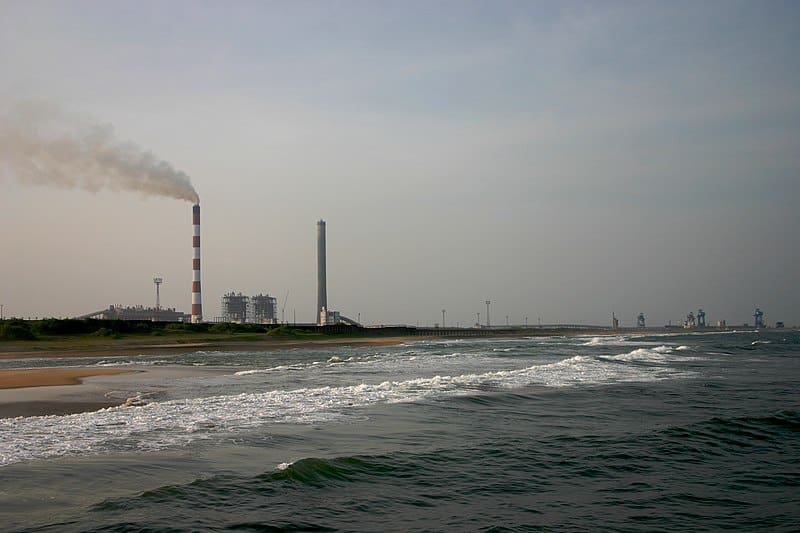 With catastrophic rains and severe drought having become a recurring feature of the city’s recent history, it’s time to take climate change and its effects seriously. Chennai needs a comprehensive climate action plan for a holistic approach to preparedness and mitigation. Cities like Mumbai taking the lead are showing the need for climate action now.

While a state-level action plan has been prepared, what specific actions in Chennai could help combat the effects of climate change?

Citizen Matters hosted a tweet discussion with experts to understand what a climate action plan for Chennai might look like and what needs to be considered when formulating it.

A wide range of responses on the way forward for the city were offered by Nityanand Jayaraman from Vettiver Collective, Anjana Vencatesan from Care Earth Trust, Karthik Gunasekar from Chennai Climate Action Group and M Vetri Selvan from Poovulagin Nanbargal.

In the discussion around the main focus areas on which a city-level climate action plan should be based, land use emerged as a key factor to consider. Both Nityanand and Karthik were of the view that land use should be planned to improve land quality, reduce inequality, mitigate emissions and facilitate the management of floods and water crises. . Sustainable land use could help Chennai cope with its multiple stressors – heat, sea level rise, drought, cyclonic storms and heavy rains.

Karthik also added that the drivers for an action plan must consider the formulation of a suitable solid waste management plan and a plan for day laborers to protect themselves from heat waves.

Anjana, however, was of the view that changing vertical push zones for climate action could lead to some issues being overlooked. She added that instead, climate action should be coded horizontally into existing sectors.

Vetri Selvan said the starting point for any plan should be a vulnerability assessment of Chennai which includes the themes of climate justice, decentralization, community production and conservation of eco-spaces.

Who should own the climate action plan, Nityanand asked, “What would a city’s climate plan look like if fishermen, slum dwellers, peddlers, vendors, public transport users and other citizens participated in the consultations? What if the real estate lobby, financial institutions and investors were asked to listen for change? »

Anjana echoed the sentiment adding that environmental discussions in Chennai are confined to closed circles. “No mitigation and adaptation plan can move forward without engaging with communities. Climate action in Chennai should be centered on climate justice. We then prioritize the most vulnerable for adaptation action.

Vetri Selvan added that a solid plan will take into account the views of experts and communities. The act of listening is essential to formulating a plan in a democratic way.

Karthik advocated for the inclusion of locals at the planning stage, saying expertise is not limited to formal and scientific education and called for taking into account the socio-cultural wisdom of local communities.

A climate action plan will require changes to be made to governance structures as they are.

Anjana drew attention to the various agencies and departments that are accountable for climate action. “As it stands, we have multiple ministerial jurisdictions, various operational departments, external institutional expertise like the World Bank, civil society organizations, and initiatives like Smart City, Resilient Cities, and Singara Chennai.” Emphasis should be placed on the responsibility of each of them for what they achieve and the convergence of all to ensure that there is no duplication of effort. A climate action plan cannot be mutually exclusive.

Karthik, Vetri Selvan and Nityanand also spoke about the emphasis required on decentralization. Karthik said, “Local governance structures need to be strengthened and sabhas in the region need to be organised. Committees and forums such as Local Environment Assessment Committee in Industrial Zones, Chennai Food Policy Council and Disaster Management Council should be instituted at the city level.

For climate action to succeed, Nityanand said: “The city must revisit its reliance on growth, market-based interventions as solutions and its ever-increasing and unbalanced consumption and focus, instead, on redistribution. and the reduction of inequalities”.

A unanimous opinion was that there is no effective action without the involvement of the inhabitants. Vetri Selvan said: “Civil society and state instruments play an equal role in democracy. Therefore, the policy must be formulated in such a way that a large number of people can participate. An adequate number of public consultations must be done to formulate climate policies.

Criticizing the current proposed climate solutions, Nityanand said: “The current plans to restore the city’s rivers are racist and environmentally damaging. There are more investments in the degradation of the environment and the worsening of inequalities than in its preservation. Citizens who wish to be active must develop a capacity for critical reflection. It’s not about making Miyawaki forests and bike paths, but about who all are included/excluded in the process.

Karthik called on citizens to be aware of their rights and responsibilities and to engage on climate issues beyond personal gain.

Anjana denounced popular discourse that emphasizes individual responsibilities and choices more than systemic change. She said: “Lifestyle changes are pushing an individualistic approach to climate action while distracting attention from larger, more destructive issues. Participation should be political and at the level of community mobilization. It has the potential to do more.

Read more: Why Chennai needs to put its ‘heat action plan’ into practice right away

Whether the actions of other cities to tackle climate change could provide lessons for Chennai depends on their context. Anjana said, “Chennai has always cited mostly western cities with no similarities as a role model. The key would be to learn from the efforts, but then find inspiration here and adapt to local conditions.

While Vetri Selvan cited the Mumbai Climate Action Plan (MCAP) as an example, Nityanand expressed skepticism about the rigor and inclusiveness of MCAP. He added: “We need best practices for a global economy that doesn’t plunder the land, enslave people or rob future generations. Many are working on municipal action plans. We also need volunteers to work on the most difficult and real questions.

Karthik cautioned against settling for small gains by looking to other models. He said: “Progressive actions will have short-term benefits and will not be enough to protect us from climate change.

Crack the code to send a letter | Stamps