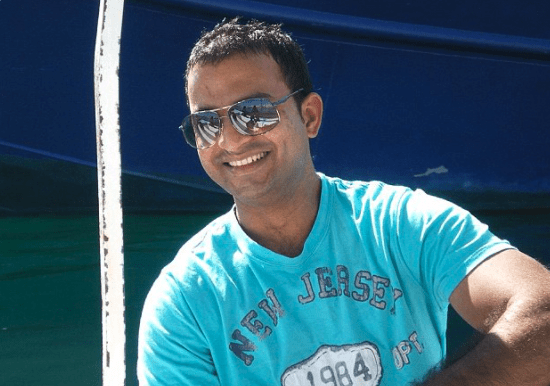 So it’s no surprise to many backing the bill that the children’s entertainment giant is a longtime employer of pedophiles and child predators embedded among its staff, according to multiple reports from previous years, a reported the Post Millennial.

Disney employee Xavier Jackson, 27, of Kissimmee, Fla., has been arrested, according to WKMG-TV.

“He thought he was chatting with a 14-year-old girl and he sent pictures of her doing totally inappropriate things,” Judd said.

Jackson faces charges that include three counts of transmitting material harmful to minor and unlawful use of a two-way communication device.

“Did I mention he happens to be a lifeguard at the Polynesian Resort for Disney?” Judd said, according to WESH-TV.

“Do you think there are a few kids around?” It’s true, I didn’t stutter. He was a lifeguard at the Polynesian Resort. And bragged about it.

Other Disney employees arrested include a 24-year-old man who worked at the Cosmic restaurant, a 45-year-old computer scientist and a 27-year-old software developer, Judd said, according to WTVJ-TV.

In addition to the aforementioned arrests, investigative reporter Christopher Rufo shed light on some of the “Walt Disney Co’s child predators.” in a series of explanatory tweets, the Post Millennial reported.

“Disney has presented itself as the moral voice of children, but the company has a dark side: a shocking number of its employees have been arrested for child sex offenses,” Rufo tweeted on Sunday, ahead of Monday’s details. in the City Journal.

Disney has billed itself as the moral voice of children, but the company has a dark side: a shocking number of its employees have been arrested for child sex crimes.

Starting tomorrow at 8:30 a.m. PT, I’ll be spotlighting some of the “Walt Disney Co’s Child Predators.”

Robert Kingsolver was working as a Disney service manager fixing rides in the Magic Kingdom when he was arrested in a child sex sting in 2014 for soliciting sex from undercover agents posing as a young girl from 14 years old.

At the time, Kingsolver was one of at least 35 Disney employees arrested since 2006 and charged with child sex crimes, attempting to meet a minor for sexual purposes or possessing child pornography. A total of 32 people were subsequently convicted, with the remaining cases pending at the time of CNN’s investigative report in 2014.

Additionally, two cases of possession of child pornography actually occurred on Disney property, according to the outlet.

Disney employee Robert Kingsolver has been arrested for soliciting sex from undercover agents posing as a 14-year-old girl. “I work for Disney so I love seeing dads having fun with their daughters,” he said in the chat. “I really like giving orally.”https://t.co/zM8l9hKRoT pic.twitter.com/TzyU3pgYp9

Allen Treaster, 40, a concierge at Animal Kingdom Lodge who worked at Disney’s famous Toy Story ride, also appeared in 2014 at a residence to meet a 14-year-old, hoping to “fulfill a fantasy”.

Detectives arrested Treaster after engaging in an explicit conversation with an undercover officer he believed to be the underage boy, Daily Mail reported.

“He admitted to discussing performing oral sex with the ‘boy’. Treater said he had always fantasized about having sex with a 14-year-old boy,” police said.

Disney janitor Allen Treaster has been arrested for soliciting sex from undercover agents posing as a 14-year-old boy. “He admitted to discussing performing oral sex with the ‘boy’,” police reported.https://t.co/gG0jeBqey6 pic.twitter.com/sHv1Do9CUn

Patrick Holgerson, 32, a Disney character actor was taken into custody in 2014 during the ‘Operation Be Mine’ sex sting when undercover detectives posed as children in online chat rooms and that arrangements were made to meet at a vacant house for what the suspects believed. result in sex with minors, the Post Millennial reported.

Police records indicate that Holgerson sent nude photos and engaged in explicit sexual conversations online with someone he thought was a 13-year-old boy.

Disney actor Patrick Holgerson has been arrested for soliciting sex from undercover agents posing as a 13-year-old boy. “I work with children,” he told police after his arrest. “I love kids and not in a bad way. I just have a strong connection to kids.”https://t.co/xBZ5X8yYIn pic.twitter.com/R2SCiOIc77

Disney World employees Justin Hazan and Arlandres Sims have been arrested and charged with a total of 40 counts of child pornography involving victims as young as four to five years old.https://t.co/hy4WDeSEaC pic.twitter.com/ohI7cGTvmC

Disney Cruise Line youth entertainer Oliver Lovatt was arrested in 2019 and charged with two counts of lewd and lascivious battery after he apparently assaulted a 10-year-old boy aboard the Disney ship’s ‘Oceaneer Kids Lab’ Magic.

The charges were apparently dropped as the boy’s parents did not want him to testify in court, Rufo tweeted.

Disney cruise worker Oliver Lovatt has been arrested for assaulting a 10-year-old boy on the ship’s “Oceaneer Kids Lab.” (The charges were later dropped when the boy’s parents did not want him to testify in court.) https://t.co/23WBFsaAeP pic.twitter.com/bmrrrLm1VB

In 2012, an 11-year-old girl was groped and kissed by a Disney catering server in a Disney Dream elevator before departure while passengers were still boarding, but the attacker was able to evade arrest due to of bureaucratic negligence, even though the attack was captured on surveillance footage.

Nevertheless, 33-year-old Milton Braganza was then taken to an airport, where Disney arranged and paid for his flight back to India, as per the standard contract provision for the company to cover the transportation costs of employees returning to their place of origin, reported the Post Millennial. .

McGrew, 34, was charged with four felony counts while his 29-year-old girlfriend Lawrence was hit with two felony charges after the soliciting couple took an Uber to the location of the facility law enforcement in August 2021, police said.

In yet another case, Animal Kingdom Lodge lifeguard Kenneth Aquino, 26, allegedly left his girlfriend who was seven months pregnant with his child to have sex with a 13-year-old girl, the Post Millennial reported. .

Sheriff Judd said Aquino showed up in his Disney work clothes — a Disney polo shirt, swimsuit and Crocs — during what he believed was a sexual encounter with a minor. Aquino was charged with one count of traveling to meet a minor for sexual purposes, one count of attempted obscene battery and one count of transmitting material harmful to the minor.

The sheriff said child predators choose Disney as a workplace because it’s a honeypot, a treasure trove of children. “Wherever you find children, you will find sexual predators,” Judd said.

Consequently, many critics have criticized Disney for fighting against Florida law that prevents the sexualization of children and protects children from the kind of predatory behavior that has led to the arrest of many Magic Kingdom “characters”.