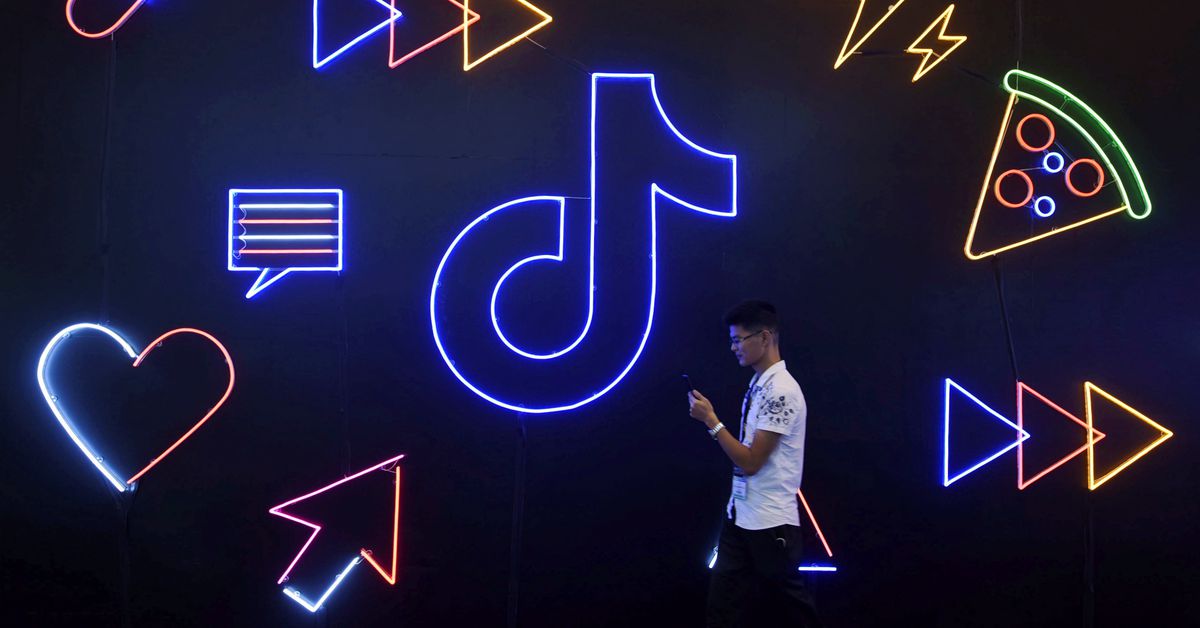 Chinese version of TikTok restricts app use by under 14s

A man holding a phone walks past a panel for the TikTok app of Chinese company ByteDance, known locally as Douyin, at the International Artificial Products Exhibition in Hangzhou, Zhejiang province, China on 18 October 2019. Photo taken on October 18, 2019. REUTERS / Stringer / Files

BEIJING, Sept. 18 (Reuters) – Chinese short video app Douyin, the Chinese version of TikTok, said on Saturday that all of its authenticated users under the age of 14 will now access the app in “youth mode,” as it wishes protect young people from inappropriate content.

In youth mode, users under the age of 14 can only access the app for up to 40 minutes a day, and only between 6 a.m. and 10 p.m., Douyin, owned by Beijing-based ByteDance, said in a statement.

The measure to protect young people was the strictest in the history of the platform, said Douyin.

Chinese regulators have tightened their grip on the internet this year, monitoring it for violations of core socialist values. The authorities have notably called for better protection of minors against online dangers, in particular the “blind” and “chaotic” cult of celebrities on the Internet.

The popular social messaging app WeChat, owned by Tencent (0700.HK), also has a “young mode”, which, when activated, limits the access of young users to certain games and features such as payments or the ability to find friends nearby.

World Free Software Day: why it’s celebrated today and what are the benefits of these programs