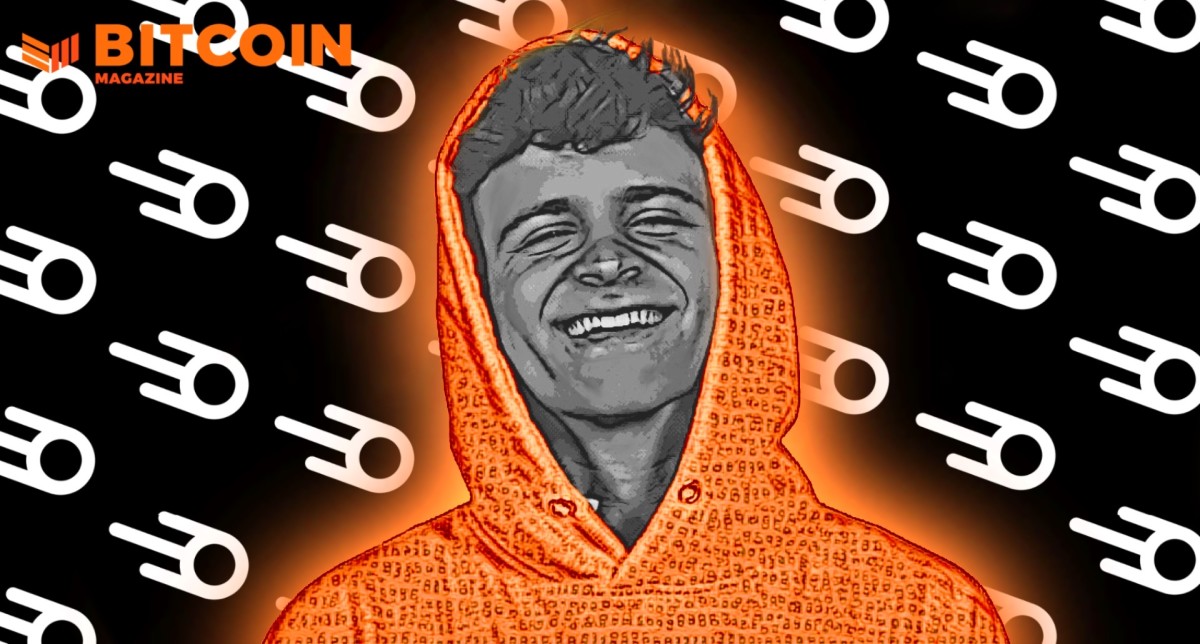 I first heard of Jack Mallers in January 2020 and when I heard what he was up to with Strike I immediately posted the message below on Facebook:

I started looking at everything I could find about him and his company.

Jack Mallers is a very smart 27-year-old man in a hoodie who operates a women’s clothing closet wearing Crocs, and he’s proud of it! How can I know? Because he said it live on CNBC. Bitcoiners adore his down-to-earth attitude, as well as his deep love, enthusiasm, and devotion to Bitcoin. His contributions to the Bitcoin movement will forever echo in Bitcoin lore.

A very important note about why Strike can send payments so seamlessly using bitcoin is that bitcoin is a bearer asset that has 24/7 liquidity. Essentially, Strike debits and credits Strike accounts using bitcoin as a transmission vehicle on the Lightning Network.

I could end the article here, but read on for a more detailed explanation of Strike, including analogies I like to use to help people better understand Strike, the Lightning Network, and Open Networks.

Here’s Jack Mallers’ explanation of how Strike works on one of Saifedean Ammous’ latest podcasts:

There are three steps in how Strike sends money over the Lightning Network:

My “on the farm” explanation of Strike to a normie would be: Strike magically sends money over the Lightning Network using a magical bitcoin vehicle.

Strike leverages the Lightning Network which solves the two payment problems of the first layer, Bitcoin.

Mallers’ insight into how Strike works in relation to the two payout issues came from epiphanies he had while vacationing in Paris. He realized that these two variables are the same two variables that Visa corrects. His second epiphany was being able to use bitcoin as a vehicle to transport value around the world.

Mallers’ epiphanies forced him to have a digitally native carrier asset that was beyond the control of any central party, company or government. Bitcoin meets these early monetary design requirements.

Strike does what Google, Amazon, and Facebook did to the open network we know as the Internet, aka Transmission Control Protocol/Internet Protocol (TCIP). The Internet is an open communication network where the best companies with the best user experience compete with their rivals. Open networks enable true competition in the free market. Strike has connected to the open monetary network, Bitcoin, through Bitcoin’s open layer 2 network, the Lighting Network, to send money around the world for free. Free, you ask?!? Yes, for free. So how does Strike make money without charging a fee? Strike doesn’t have to charge fees in part because Mallers doesn’t charge its counterparts for transactions, and that’s possible due to the millions of dollars its business makes. So how does Strike make money? Like all great businessmen, Mallers can’t divulge his secret sauce, but his business makes money through his Strike debit card partnership with Visa, where he collects all the money from trades. His company also charges merchant fees as a source of income.

By reducing its fees to zero, Mallers essentially forces all competitors to start from scratch as well. It is now up to any competitor to try to outdo Strike and its great user experience. We are about to have a modern competition like the one we had on the Internet’s open communication network between MySpace and Facebook. Some of its many “MySpace-like” competitors are Western Union, Visa and MasterCard. These competitors use their own closed networks and payment rails, which are not as efficient as the open payment network, Lightning. Strike can operate with very minimal overhead due to its exploitation of the open Lightning Network. Visa, MasterCard and Western Union operate with huge overheads and there is little or no room to cut their costs as they would not be making any money.

The most important thing that Strike accomplishes is instant and free payment between games. Before that, people in poor countries like El Salvador had to travel miles to a Western Union to send and receive their local fiat currencies. Along the way, Salvadorans hoping to send money are harassed by gangs demanding 25% discounts on the money they have to send. Western Union then gets its transfer fee of around 5% or more from the Salvadoran. So if the Salvadoran started with $100, he lost $25 to gangs and $5 to Western Union and only has $70 left to send home. The average minimum wage for an Salvadoran is around $242 per month, so you can see how important it is for minimum wage workers in El Salvador to be able to send $100 total for free via Strike. This is why Strike and the Lightning Network are so important!

When I first heard about what Jack Mallers’ company was doing, I immediately called a veteran banker friend with over 20 years of experience and told him that Strike was going to take over the banks and systems of payment. He told me that banks were already using Venmo and Zelle for similar purposes. Little did he know that unlike Zelle and Venmo, which might be analogous to Microsoft’s closed-source system, Strike is embedded in a “Linux-like open-source operating system,” the Lightning Network. I personally believe that Strike will replace many payment networks. In my opinion, Strike will be to payment networks what Amazon was to retail stores. Grab your popcorn and watch Bitcoin’s game theory continue to unfold. As Jack would say, “Pawn to E4, your move world payment systems.”

This is a guest post by Jeremy Garcia. The opinions expressed are entirely their own and do not necessarily reflect those of BTC Inc or Bitcoin Magazine.