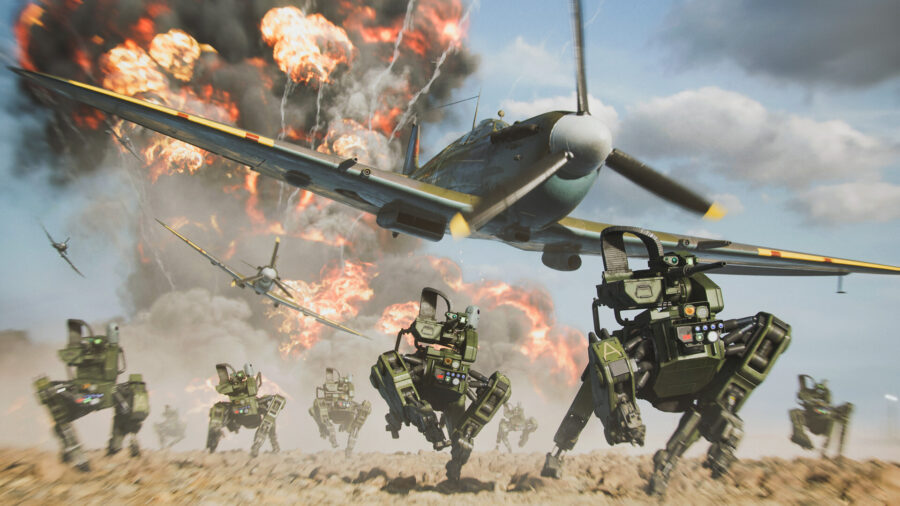 Battlefield 2042 throws away one of its worst elements

By James Brizuela | 7 seconds ago

Battlefield 2042 had arguably one of the worst launches in recent memory. The normally popular first-person shooter apparently failed to bring a ton of fans back to the long-running war game. It may be that the developers were a bit overambitious with what they were trying to get across by adding a more expansive mode in terms of player count. The 128-player Breakthrough mode sounds like a lot of fun, but then you get bogged down having to hunt down kills and being stuck on an objective with such an open map and number of vehicles. DICE has heard of those woes, and a new update rolling out today has removed the 128-player Breakthrough mode and replaced it with a 64-player maximum Breakthrough mode.

It’s not often first-person shooters get mad at having more people on a team, but 128 players is just too much. Problems were inevitable, given that most people don’t have 5-10 of their friends on a game at the same time. Battlefield 2042 is meant to be played alongside those you know. Sure, there are matchmaking aspects to think about, but how often do you get into a team that has mics and works together? It really is a rarity. Having to rely on 63 other people to fight for objectives instead of kills is a daredevil task. However, when that number is reduced to 32 people and there is more concern for another 31, things become more manageable. We know doing math isn’t the best option here, but the thing is, DICE did the right thing this time around.

Gaming communities are more dedicated than ever, and it’s often that studios are now listening to the growing concerns and demands that are shared collectively on forums and via in-game chats. The good news about this aspect is that ‘it gives ideas about what gamers who play a title really want. In the case of Battlefield 2042, players want a more balanced battle. There are far too many vehicles, people, and hazards to think about when you roll 64 vs. 64 people. The fact that most matches in 128-player Breakthrough matches ended up in a choke point while battling for an objective, drives home the point of Battlefield become null and void. The beauty of the games is playing a war combat simulation that is more about teamwork and objectives than just going out and shooting another player in the face. However, with 128 players in a single match, the magic of this aspect is done away with.

Battlefield 2042 is still going strong, despite its obvious launch issues. DICE is doing what it can to reflect the desires of the community, and it shows in eliminating the worst aspect of the new game. By only focusing on 64 players at a time, it also means more resources can be allocated to ensure that the multiplayer aspect of the game can continue to evolve into something better. Battlefield 2042 is available on PlayStation 4, PlayStation 5, Xbox One, Xbox Series X/S and PC.