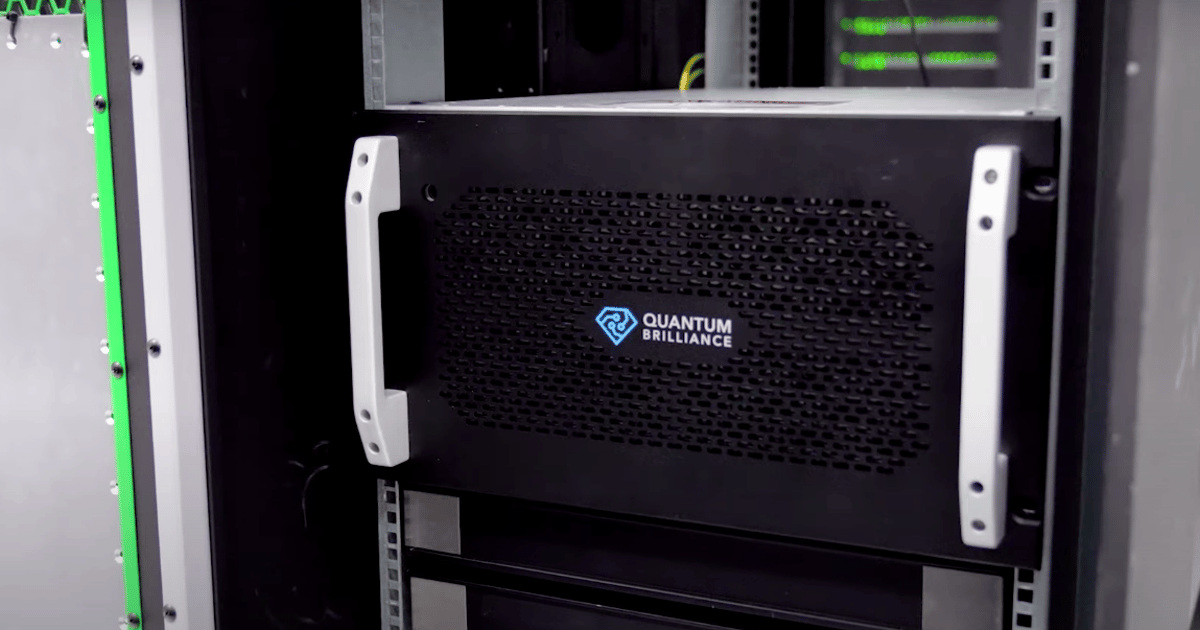 Quantum computing may have just taken a big leap forward as a supercomputer facility in Australia becomes the first to incorporate a quantum computer. The quantum processor, developed by German-Australian start-up Quantum Brilliance, operates at room temperature and will now work in tandem with conventional supercomputers at the Pawsey Supercomputing Research Center.

Quantum computers have the potential to dramatically outperform traditional machines, tapping into the frightening world of quantum physics. They can perform calculations much faster because quantum bits (qubits) of information can exist in multiple states at once, and data can be transmitted instantaneously through quantum entanglement.

The problem is that most existing quantum computers use superconductors as qubits, which only operate at temperatures just above absolute zero. This intensive cooling adds tremendous bulk, cost, and power consumption, limiting where these quantum computers can be used.

Quantum Brilliance, however, has developed a quantum computer processor that can operate at room temperature. Its qubits are not made of superconductors but of defects in diamond lattices, much less sensitive to thermal vibrations and more resistant to mechanical shocks as well.

And now that quantum processor has been installed at the Pawsey Supercomputing Research Center in Perth, Western Australia. It’s the first time a quantum computer has been built directly into a rack alongside a traditional supercomputer – in this case, the new HPE Cray Ex supercomputer from Pawsey, Setonix.

The facility will be used to test hybrid models of quantum and traditional computing, allowing researchers to offload certain computational tasks to the quantum processor to take advantage of its unique strengths. Hopefully, this will not only directly fuel new discoveries, but also help scientists who have not yet had access to quantum computers to better understand them.

“It will provide a test bed where real applications can be proven, so our researchers can do more efficiently – enabling science and accelerating discovery,” said Mark Stickells, executive director of Pawsey.

The team describes the milestone in the video below.