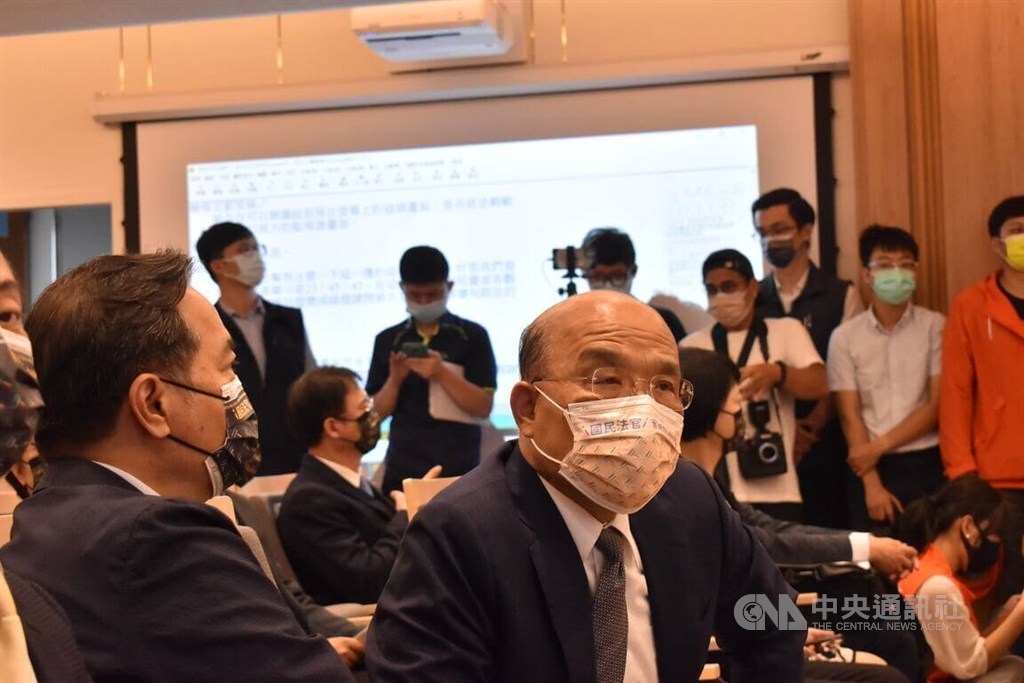 A controversial bill on the regulation of Internet content suspended

Taipei, Aug. 20 (CNA) A bill to regulate content on online platforms has been shelved, amid heavy criticism from service providers and the public, who have expressed concern over the implications for freedom of expression, privacy and the future of the internet. industry.

“Freedom of expression is a value we hold dear, but many people have fallen victim to misinformation,” Prime Minister Su Tseng-chang (蘇貞昌) said on Friday. “We need to hold public consultations in all quarters on how to strike a balance.”

Following Su’s comments, the National Communications Commission (NCC) announced the postponement of the fourth and final public hearing on its Digital Intermediary Service Bill, which was to be held on August 25, after which the draft would have been sent to Cabinet. .

A Cabinet official, who asked not to be named, told CNA that Su decided to halt the bill because people still had ‘deep reservations’ about the proposals, which must first be resolved.

The bill establishes provisions for service providers in their intermediary role of connecting consumers to goods, services and content, including telecommunications, caching, cloud storage, e-commerce, social media and online forums.

Since the bill was posted on the online public policy engagement platform for discussion, it has been rejected by more than 99.58 percent of the 30,571 people who commented on it.

One of the main concerns is that service providers will be forced to put a “warning” on posts deemed by Taiwanese authorities to be rumors, misinformation or illegal content, pending a court order obtained by authorities. to delete the information.

The rule would open the door to potential abuse by government authorities, said Chou Kuan-ju (周冠汝), a member of the Taiwan Human Rights Association.

The attempt to give the government “too much power” to control internet content draws inspiration from Singapore’s Fake News Act, which has been widely criticized for its chilling effect on civil society since it was introduced in 2019, Chou said in a public hearing. August 18.

According to the NCC bill, service providers will also be required to limit the dissemination of illegal information, through the establishment of a mechanism that would allow “trusted flaggers” to report such issues.

Once the service providers identify any illegal content, they will be obligated to take action which may include suspending or terminating the user’s account, and removing, algorithmically demoting or disabling access to the content. illegal, says the bill.

Chen Chien-jen (陳建仁), deputy executive director of the Bahamut Game Community, said he was strongly opposed to the bill because it “seriously undermines freedom of expression rights on the internet”.

If the bill becomes law, it is reasonable to assume that service providers will receive a considerable number of reports of potentially illegal content, and will “remove any reported content”, without first verifying its legality, “in order to ‘avoid liability risks,'” said Chen, whose organization runs a local player platform.

It might be easier to assess content related to national security or public safety, but when it comes to issues such as personal disputes, copyright infringement, and defamatory content, providers service providers cannot immediately know whether the content is illegal, Chen said.

The bill’s potential to impose people’s right to privacy is also another concern, according to attorney Chen Yu-an (陳宇安).

In a Facebook post, Chen drew attention to the section of the bill that would allow government authorities to seek a court or administrative order to obtain data from storage operators.

Under the provisions of the bill, operators of LINE and other online platforms, which have a total of 2.3 million active domestic users, would fall under the regulatory system. Others include Instagram, Youtube, Facebook, Yahoo Auctions, and Dcard, Taiwan’s largest anonymous chat room.

The maximum fine for violating the more than 20 service provider regulations is NT$10 million (US$33.2 million), according to the bill.

PTT Bulletin Board System, one of Taiwan’s largest online discussion forums, has asked the NCC to be exempted from regulation.

If the PTT is regulated by the bill, it would effectively “shut down” us, said PTT legal consultant Hsu Che-jen (許哲仁).

It would be impractical to establish a single regulatory system for all service providers in telecommunications, social media and other categories, given that they all have different industry landscapes, the associations said. .

Additionally, the bill would hamper the innovative development of digital startups, as the heavy penalties that would be imposed even for unintended violations would make them more risk averse, the associations said.