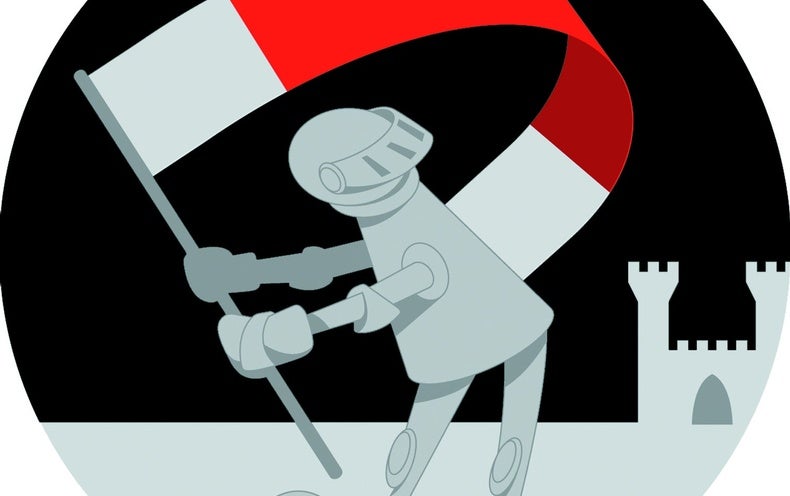 From computers to credit cards to cloud servers, today’s technology relies on magnets to hold encoded data in place on a storage device. But the size of a magnet limits storage capacity; even a paper thin magnet takes up space that could be better used to encode information.

Now for a published study in Nature Communication, researchers have designed one of the thinnest magnets in the world: a flexible sheet of zinc and cobalt oxide only an atom thick. “This means we can store larger amounts of data using the same amount of material,” says engineer Jie Yao, lead author of the study, at the University of California at Berkeley.

Beyond the relief of traditional data storage, magnets less than a nanometer thick are essential to develop spintronics (short for spin electronics): gadgets that use the direction of spin of an electron, rather than its load, to encode the data. Such magnets could even help excite electrons in a “quantum superposition,” which allows particles to occupy multiple states simultaneously. That way, data could potentially be stored using three states – spin up or down, or both – instead of the usual two.

Normally, nanoscale magnets must be supercooled at temperatures as low as -320 degrees Fahrenheit to maintain magnetic fields. This requirement constitutes a major obstacle to the creation of commercial spintronic devices or to the reduction of conventional data storage. “You don’t want to take a cryogenic cooler with you,” says David Awschalom, a spintronics researcher at the University of Chicago, who was not involved in the study. “It is therefore very important to have a material that is compact and flexible at room temperature. “

The two-dimensional array of the new magnet works perfectly at room temperature, and it even remains magnetized under conditions hot enough to boil water. The decision to combine these particular elements was critical; zinc and oxygen by themselves are not magnetic, but they interact with magnetic metals such as cobalt. By adjusting the ratio of cobalt atoms to zinc oxide molecules, the team “tuned” the magnetic intensity of the materials. About 12% cobalt was their sweet spot – at less than 6% the magnet was too weak to be effective, and at more than 15% it became unstable.

Yao believes that the stray electrons in zinc oxide help stabilize the cobalt atoms, keeping the magnetic field intact. “The current hypothesis,” Yao says, “is that the electrons serve as a messenger that allows these cobalt atoms to“ talk ”to each other. “

Computer physicist Stefano Sanvito of Trinity College in Ireland, who was also not involved in the study, says the magnet’s usefulness will depend on how it interacts with other 2D materials. Stacking layers of various single atom films “like a deck of cards,” he says, will allow engineers to adapt the next generation of spintronics to a multitude of applications, from secure data encryption to quantum computing: “This is going to be a lot of fun. “

Why Asana stock jumped 11.5% on Tuesday